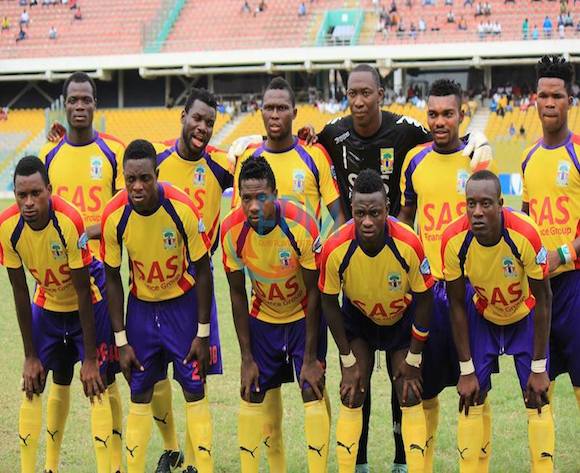 Hearts of Oak stop-gap coach Eddie Ansah insists there are no pangs of panic despite his side slipping into the drop zone after the 1-0 defeat at Aduana on Sunday.

The Phobians are now third-bottom on 26 points with eight matches to the end of the season.

Hearts have lost their last three matches in all competitions (including the 2-1 FA Cup sem-final defeat to Medeama).

Their next three matches are against relegation-threatened Heart of Lions (home), Edubiase (away) and the Super Clash against Asante Kotoko in Accra.

Ansah, who took temporary charge after the club parted ways with Herbert Addo last week, is not panicking at all.

“Hearts of Oak will not be relegated we will come out of it and place at a respectable position, we have eight more games to play and we will work through it,” the ex-Ghana goalkeeper said in a post-match interview.

“We have lost three points to Aduana and it has pushed us down but if we are able to win two games continues, it will push us up on the log sheet so in the eight games let see what happens.”