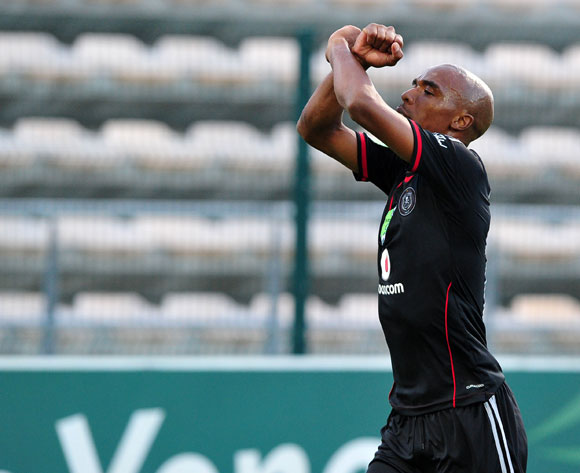 Bacela, who was released by the Buccaneers at the expire of his contract, has attracted strong interest from the capital side, but has yet to decide on where he will further his career.

AmaTuks head coach Sammy Troughton confirmed that the club are interested in tying up the 32-year old, but admits a deal is far from done.

"I admire Lennox as a player, but at this stage nothing has developed, we will see. If it doesn't happen, we move on and we have got to look somewhere else, if it does happen then I'm a lucky man - we will see," said Troughton.

Botswana international Joel Mogorosi is another player that has been linked with the club, but  it now seems unlikely that he will be joining AmaTuks with the midfielder currently in Bloemfontein.

TROUGHTON TO DECIDE ON MOGOROSI BY THURSDAY

"He [Mogorosi] is not training, he played on the weekend for 50 minutes, he might come with us to Mbombela on the weekend, we will decide if he can. We also have guys playing in that area," Troughton continued.

"We knew Joel, two-and-a-half, three years ago he was a top player, scoring in cup finals and whatever, but he seems to have gone off the radar lately. If we do have a look, he will have to really impress us. He is a foreign player so he will really have to impress if we are going to sign him - it's probably unlikely if I'm honest.

"If the man plays on Saturday and scores a hat-trick I will consider it.

Former PEC Zwolle midfielder Ricky Lourenco had been training with Tuks, but Troughton confirmed that the club decided against signing the former Bidvest Wits youth player.

"We had a look at him, sometimes players come for a few days, week or 10 days and it's hard for them because they are playing with new teammates that they are not use to, maybe our players aren't giving them the service they require - it is tough, but you have to make a call," Troughton added.

"Again we have a lot of players [in that position], he had done well, we were impressed with him, but he wasn't better than what we have already so we had to move on and also let him sort himself out as well - not waste the boys time."

Furthermore, the club on Tuesday confirmed the signing of Kabelo Lichaba and Vukile Mngqibisa from Polokwane City, Thabiso Nkoana from SuperSport United, Sibusiso Mthethwa from Free State Stars, Siphamandla Dlamini from the SAB league and Willem Mwendihanga from AmaZulu with Harry Edge yet to arrive in the country from the Netherlands.