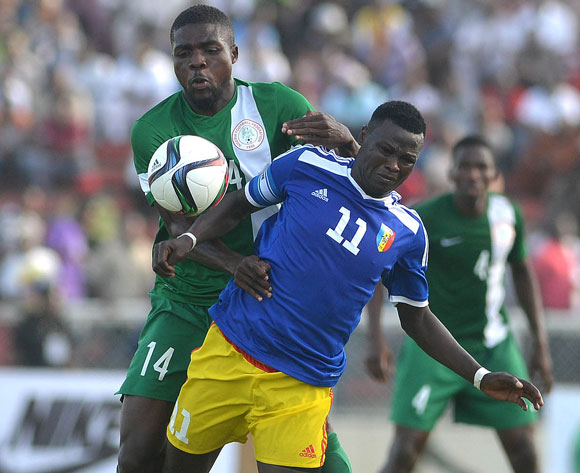 Nigeria international midfielder John Ogu has told AfricanFootball.com he has his sights on winning the Israel State Cup with Hapoel Be'er Sheva this season after his team crashed out of Europa League Thursday night.

AFRICANFOOTBALL.COM: What are your targets with Hapoel Be'er Sheva this season?

JOHN OGU: I want to win trophies with my club this season.

You scored a wonderful goal in Europa League qualifying round second leg on Thursday, but eventually lost, do you think the red card to one of your team mates contributed to this loss?

It contributed, but that is in the past now. I am looking forward to a great season, I am focused on the domestic trophies at stake.

What didn't you achieve last season that you hope to this season?

That is Israel State Cup, we almost got it.

Austin Ejide is no more with your team, do you miss him?

Yes. I miss him because he made it possible for me to settle down fast at the club and in Israel, but God knows best.

Do you have another Nigerian in your team?

Yes, I have a friend and brother, Tony Nwakaeme, as my team mate, he joined this summer.

You were offered an improved new deal at the end of last season, what can you say about this?

Let me say it is the reward of my hard work last season, it's just an upgrade.

What was your best moment last season?

That should be the award I received as the best foreign player in the Israeli league last season and also been in the best eleven of the season.

The Super Eagles started AFCON 2017 qualifiers on a winning note against Chad, what do you have to tell your fans and those of the Eagles as we look forward to the next game in Tanzania?

They should keep supporting and keep believing in the team.

Oliseh has taken over as new Eagles coach, what do you have to say?

I congratulate him on the appointment. It's great to have another great ex-international coming in as the coach. With his experience, I think he will do well and take the Eagles to the top.