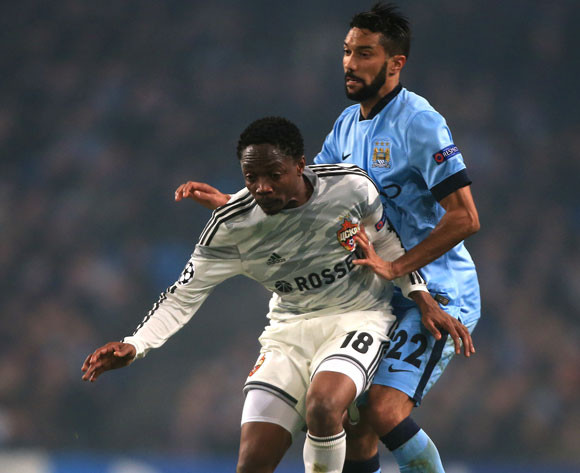 Ahmed Musa against Manchester City in the Champions League

CSKA Moscow forward Ahmed Musa will Tuesday lead several other Nigeria players out as they seek for places in the group stage of the lucrative UEFA Champions League.

It's Ahmed Musa vs Kehinde Fatai

Ahmed Musa’s Russian army team CSKA will slug it out with Czech Republic's Sparta Prague, whose attack will be spearheaded by another Nigeria striker, Kehinde Fatai.

"No easy game in the world again, especially when it comes to this level. Prague will be tough no doubt, but my team is fully ready and I am sure we are going to beat them on Tuesday," Musa declared.

Efe Ambrose will be on parade for perennial Scottish champions Celtic as they host Azerbaijani team Qarabag on Wednesday in the first leg third round qualifying game.

AS Monaco are away at Young Boys of Switzerland in another Champions League qualifier, but their Nigeria defender Elderson Echiejile did not make the final squad for this clash.

Greek club Panathinaikos will parade former Nigeria youth international Abduljaleel Ajagun when they host Club Brugge from Belgium, while Nosa Igiebor will hope to repeat his performance in the last two games of the competition when he scored two goals to take Israeli club Maccabi Tel Aviv to this stage.

FC Midtjylland from Denmark will parade Nigerians Paul Onoucha and Hassan Ridwan when they host APOEL FC from Cyprus.