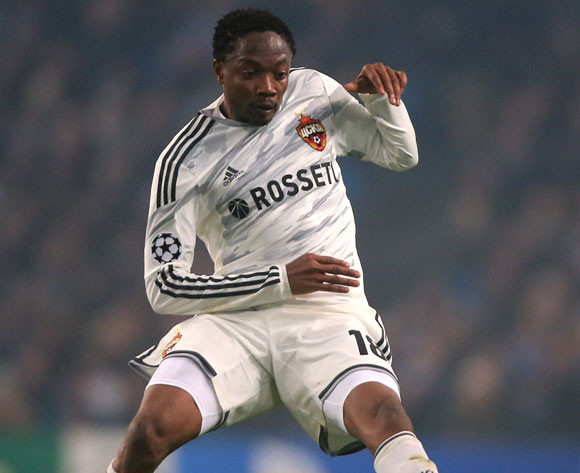 Nigeria international Ahmed Musa has told AfricanFootball.com he remains confident his Russian army team will still progress in the UEFA Champions League despite playing a 2-2 draw at home in the first leg with Sparta Prague on Tuesday.

CSKA took an early lead, before Sparta Prague from the Czech Republic drew level through former Nigeria U20 and U23 striker Kehinde Fatai.

The home team regained the lead in the second half before they were again pegged back by the visitors, who now have two crucial away goals in the bag.

Ahmed Musa played the entire duration of the clash and told AfricanFootball.com that despite the home draw they will qualify for the group stage of the Champions League in the Czech Republic.

“It was not an easy game, the first leg is over, but I haven't lost hope on my team to progress in the competition,” he declared.

“It is not over for us as we can still make it to the next round despite playing draw at home in the first leg, victory is possible for us in the Czech Republic.”

The return leg is scheduled for Wednesday.