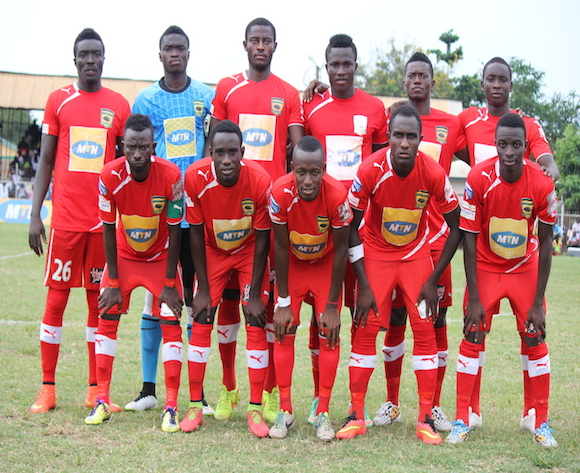 Asante Kotoko extended their winning streak in the Ghana Premier League with a 3-1 win over Wa All Stars on Wednesday.

Goals from Dauda Mohammed, Ahmed Toure and Obed Owusu ensured that the champions clinched the maximum points before their home fans in Kumasi.

Kotoko has hit a purple patch of form – with wins over AsahntiGold and Hearts of Oak – coming into the midweek clash against All Stars.

In-form Dauda Mohammed struck first in the 11th minute after Kotoko had endured a shaky start.

The champions however failed to convert anymore of the chances that came their way for the remainder of the half.

Ahmed Toure however restored the hosts’ lead in the 56th minute before Obed Owusu sealed the win nine minutes later.

The win sees Kotoko move up in the standings and are now 5th with 38 points as the First Capital Plus League nears its end.