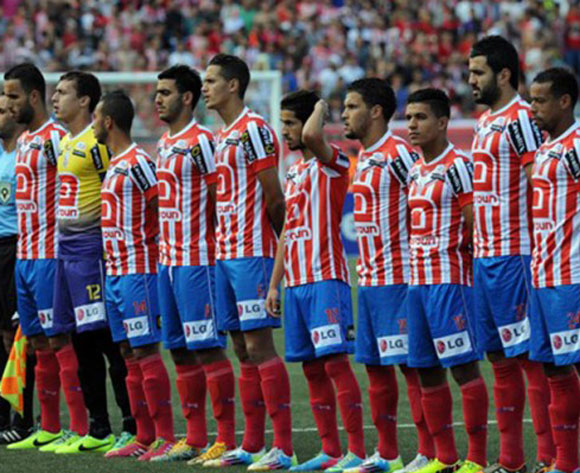 Moghreb Athletic Tetouan will face Al Hilal in Omdurman on Friday, in matchday four of the 2015 CAF Champions League in Group A.

The Moroccans are last in their group on two points half-way through the mini league, but just three points adrift of their opponents of the day who are topping the table.

The two sides played to a 1-1 draw in Tétouan in the reverse fixture, with Andrezinho scoring a 77th minute equaliser for the visitors after Abdeladim Khadrouf had given the ‘Rojiblancos’ the lead seven minutes earlier.

And while MAT could have done better in front of their home crowd, they remain determined to cause an upset in Sudan and revive their hopes for a semifinal spot.

“We know that there are three points up for grabs, which could allow us to extend our journey. So we are determined to win on Al Hilal’s ground,” first leg goal scorer Khadrouf told Le Matin.

“After our victory over Al Ahly, we set the objective of reaching the semifinals. And even if it is going to be tough, our ambition is to be part of the continental top-four after reaching the last eight.

“We had two clear-cut chances to win at Saniat R’mel, but luck was not on our side. So we have more pressure as we need to win to progress.”

To achieve their objective, MAT coach Sergio Lobera has been handed a major boost with the return from suspension of centre-back pair Mohamed Aberhoune and Mortada Fall, but will have to cope with the absence of injured striking duo of Zyed Krouch and Zouheir Naim.

However, Al Hilal will be confident of strengthening their leadership on home soil and extending their unbeaten run in the competition.

Ruled out with injury in the reverse fixture in Morocco, Ghanaian attacking midfielder Nelson Ladzagla is also making his return for the Sudanese giants.