Ndoro: I’ll never back down 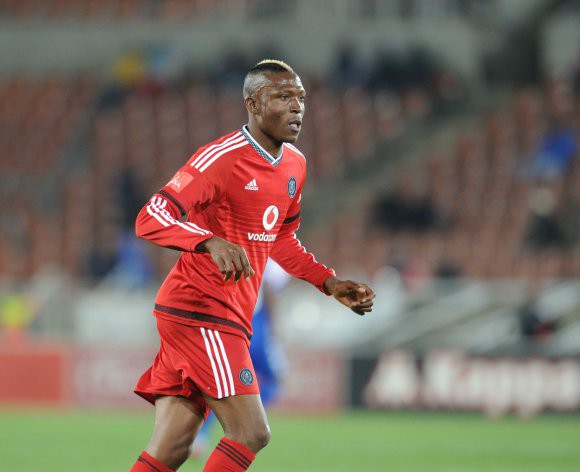 Known as Fire, the Zimbabwean joined from Mpumalanga Black Aces at the end of the previous season and will be expected to improve his showing as they welcome Roger Sikhakhane and his Chilli Boys.

The former Chicken Inn forward was in action last week against SuperSport United, however, he failed to score following a number of chances prompting coach Eric Tinkler to substitute him in the second half.

“Yes, the pressure is there, but I thrive under pressure. As a player you have to rise to the occasion and I am happy that my first League game for Pirates is out of the way,” Ndoro tells a local website.

“I was dealing with a lot of emotions [against SuperSport] so I will be more settled against Chippa United if I get a chance to play.

“From the moment that I signed for Pirates, I was aware of the huge expectations that come with the job and I will never back away.”

Ndoro also added that he’s doing everything in his power to repay the faith shown in him by the Sea Robbers technical team.

“I know that the coaches have faith in me so I will pay them back by helping the team win as many matches as possible,” added the 27-year-old.

“I know I did not score against SuperSport but you cannot judge a player using a single match.

“I am ready and waiting for the next match and I am happy with the encouragement that has come from the coaches.”

The match is scheduled to get underway at 19:30 and the venue is Orlando Stadium as both sides are still searching for their first wins in the new 2015/16 campaign.