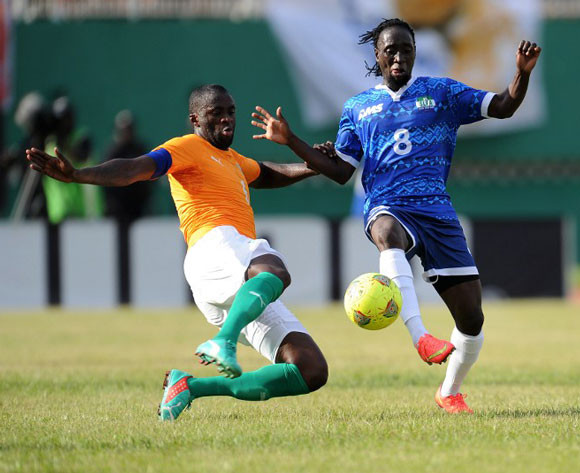 Yaya Toure vies with Ibrahim Kallay of Sierra Leone. Both teams will again clash in Nigeria next month

The Nigeria Football Federation (NFF) have confirmed that Sierra Leone have been granted permission to play their AFCON 2017 qualifiers in Nigeria.

Their first match in Nigeria will therefore be on Sunday, September 6, against Cote d’Ivoire.

NFF general secretary, Sanusi Mohammed, made the confirmation in an exclusive chat with AfricanFootball.com

He said, "I can confirm to you that Sierra Leone have requested to play their AFCON qualifiers in our country.

"And we have taken the request to the ministry of health who have given their blessings that the Leone Stars are free to come and play in Nigeria."

Mohammed added that the NFF have offered them Lagos or Port Harcourt to use as a match venue.

"We have offered the Lagos or Port Harcourt to play their matches, so It’s up to them to choose where they would prefer."

Sierra Leone played their home games of the 2014 World Cup qualifier in Abidjan due to the outbreak of the dreaded Ebola virus in that country.

It is now several weeks since a new case of Ebola has been reported in the country, but World Health Organisation (WHO) are yet to officially give the country a clean bill of health.

Nigeria, on the other hand, is known to have to have effectively tackled the disease when it broke in the country.