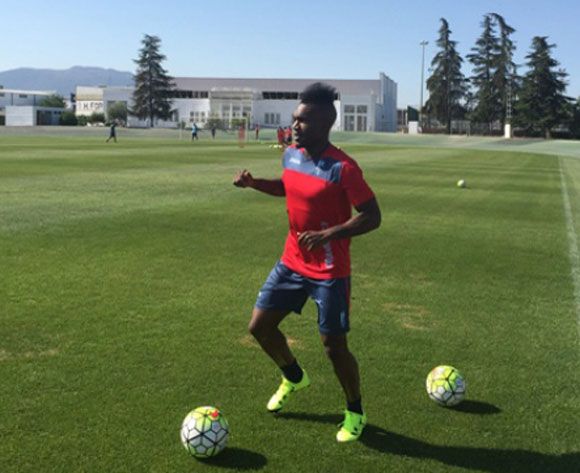 “Granada Football Club announces that an agreement has been reached with RCD Espanyol for a year-long loan with an option to buy Thievy Bifouma,” Granada stated on their official website.

The 23-year-old, who landed at Espanyol from RC Strasbourg in 2010, enjoyed successive loan spells at Las Palmas, West Bromwich Albion and Almeria, for whom he scored 4 goals in 29 La Liga appearances last season, prior to this latest move.

After playing for France at youth level, Thievy Bifouma decided to represent Congo on the big stage, making his international debut in a 2015 Africa Cup of Nations qualifier against Rwanda in August 2014.

And he reached the quarter-finals of the continental showpiece in Equatorial Guinea with the Red Devils, scoring three goals in the competition.

Granada will kick off their new La Liga season at home against Eibar on Monday.

Didier Drogba to retire at end of next USL season