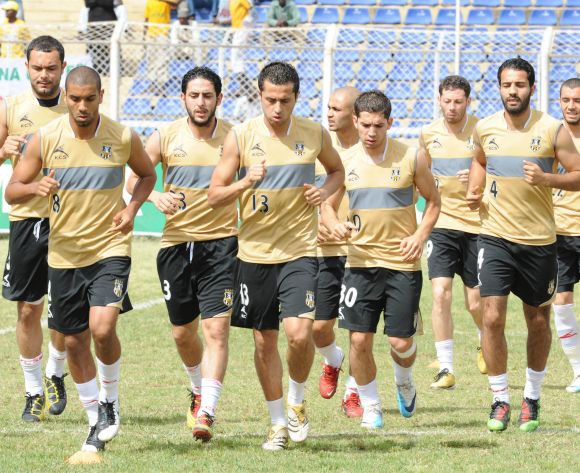 ES Sétif will travel to Bologhine for a do-or-die contest with USM Alger on Friday, in matchday five of the 2015 CAF Champions League.

While USMA have already booked their place in the last four of the prestigious competition, after enjoying a perfect run in their Group B so far, the defending champions are trailing second-placed Al Merreikh by three points and will bid farewell to the tournament should they fall to their fellow Algerians.

The two sides are also looking to bounce back from domestic disappointment, as the ‘Red and Black’ suffered a 2-1 loss at NA Hussein Dey and the ‘Black Eagle’ were held to a 1-1 draw by MC Oran in their 2015-16 Ligue 1 opener.

“Victory will be our only objective. The game will be played away from home, in Algiers, and we will not give anything away. My teammates are extremely motivated and determined to achieve a great performance,” Sétif striker Mohamed Benyettou told competition.dz.

USMA coach Miloud Hamadi will have to do without injured centre-back Farouk Chafaï and suspended full-back Rabie Meftah, and is expected to also rest left-back Brahim Boudebouda and star striker Youcef Belaïli, who are recovering from minor injuries.

Meanwhile, ESS boss Kheireddine Madoui is sweating over the fitness of defender Mohamed Bouchar and the midfield duo of Ibrahim Amada and Sid Ali Lamri.

Defeated 1-2 by USMA on their home ground of Stade du 8 mai 1945 in their campaign opener, Sétif will also be seeking revenge against their opponents, whom they will face again on the national stage four days later.