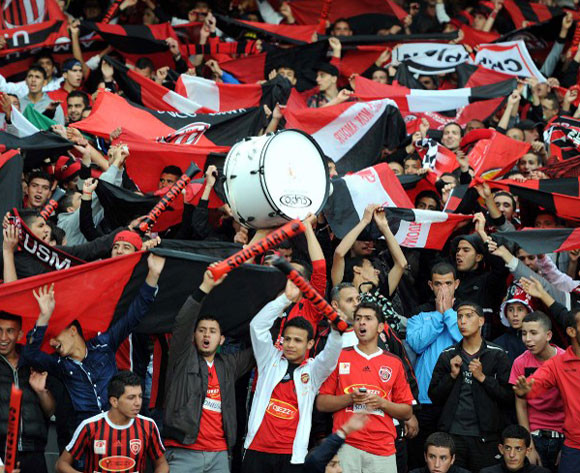 Defending champions ES Sétif have bowed out of the 2015 CAF Champions League after suffering a 3-0 defeat to USM Alger in Bologhine on Friday night, in matchday five of the prestigious competition.

With a perfect record of five wins in as many games in their continental campaign, a competition all-time record, USMA secured top spot in Group B with one match remaining while Al Merreikh are assured of a second-place finish.

The visitors had the first opportunity of the encounter, with striker Mohamed Benyattou forcing a great save from USMA keeper Mohamed Zemmamouche after just three minutes of play.

However, the locals slowly stepped up a gear to break the deadlock through star striker Youcef Belaili in the 34th minute.

And Kadour Beldjilali doubled their lead three minutes later, to send the ‘Red and Black’ with a two-goal cushion into the break.

Substitute Mohamed Amine Aoudia added to Sétif’s misery in the 74th minute, in his first official appearance for USMA, sealing a 3-0 well-deserved victory in Bologhine.