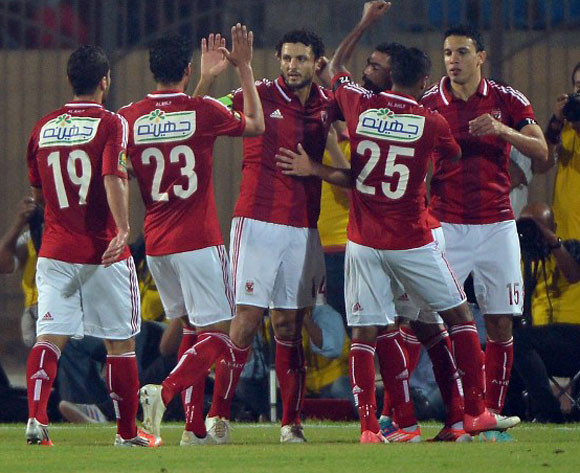 Welcome to AfricanFootball’s live coverage of matchday five of the 2015 CAF Champions League and Confederation Cup.

Saturday's coverage begins with the clash between Orlando Pirates and AC Leopards in Group B of the Confederation Cup, followed by Esperance de Tunis v Al Ahly in Group A. To finish off the evening's action, MC El Eulma and Al Merreikh will meet in Group B of the Champions League.

23h22 - Full time at El Eulma, where Al Merreikh came from behind to seal a 3-2 victory in a game with not much at stake as the Sudanese outfit were already assured of a semifinals spot following ES Setif loss to USM Alger on Friday evening.

22h35 - The second half is underway at Stade Messaoud Zeghar.

The Red Devils take the lead in Group A while the 'Blood and Gold' bow out of the competition with one game remaining.

21h43 - What a chance for Ahly's substitute Evouna with 8 minutes to go.

21h30 - We are underway at Stade Messaoud Zehgar, where MC El Eulma are hosting Al Merreikh in their Group B of the CAF Champions League.

21h28 - Ahly's substitute Walid Soliman is denied a goal for an offside position.

21h11 - John Antwi finds again the back of the net for the Egyptians but the flag goes up. The Ghanaian striker was on side.

20h33 - Great save from Ahly's keeper Sherif Ekramy on a free-kick attempt by Ilyes Jelassi.

20h23 - Ramadan Sobhi comes close to adding number two for the visitors but misses his one-on-one with Moez Ben Cherifia.

20h13 - Fakhreddine Ben Youssef seems to be fouled in the box, but Esperance's penalty appeal is denied.

20h00 - We are underway at Stade Olympique de Rades, where Esperance Tunis host Al Ahly in their Group A of the Confederation Cup.

19h52 - Full time in Soweto! Pirates 2-0 Leopards. The South Africans secure a place in the semis of the Confed Cup (as do Zamalek as a result of this match), while Leopards have been eliminated.

19h45 - Goal in Soweto! Majoro with great work to set up Manyisa, who slides in at the back post to make it 2-0 and secure the three points for Pirates! They're going to the semifinals!

19h40 - Less than 10 minutes to play in Soweto. Pirates 1-0 up against Leopards, who must score twice in the dying stages to keep their semifinal hopes alive.

19h32 - Myeni denied by a wonderful save from Ngoe, before Pirates make their first sub to send on Majoro in place of the excellent Erasmus.

19h24 - Ngouelou with a good chance to equalise for Leopards, but he blazes the shot over the target!

19h16 - Mukenga enters the fray for Leopards, replacing Madila to boost their attack.

19h09 - Gabuza throws himself at Myeni's cross but puts his diving header wide of the near post! Still 1-0 to the Buccaneers over Leopards.

19h03 - Back underway in Soweto, Leopards have made a change by sending on Bidimbou in place of Babanda.

18h48 - Half time in Soweto, Pirates lead 1-0 and look very much on course to qualify for the semifinals of the Confederation Cup.

18h45 - Erasmus blazes over from a great chance, but the offside flag was up anyway.

18h40 - Five minutes left in the first half, Pirates hold a 1-0 lead and will be happy with their work so far.

18h33 - Goal in Soweto! Pirates take the lead, with Makola firing home a low shot after great work down the right by Erasmus! Pirates 1-0 Leopards.

18h31 - Past the half hour mark in Soweto, still goalless between Pirates and Leopards.

18h19 - Gandze with a great chance to put Leopards ahead, but Ovono makes a fantastic save! Babanda the fluffs from the follow-up! The Congo side should really be ahead...

18h14 - Sangweni with a header at goal from Erasmus' cross, but it's an easy save for the Leopards 'keeper.

18h09 - Gandze with a deflected shot that wrong-foots Pirates goalkeeper Ovono but flashes just wide! Lucky break for the hosts...

18h05 - Erasmus with a good low cross and Gabuza is just too late to turn it home, positive start for the Buccaneers.

18h00 - Kick off in Soweto, where Pirates need only avoid defeat to secure a place in the semifinals of the Confed Cup.

17h50 - We begin with team news from Orlando Stadium for the clash between Orlando Pirates and AC Leopards in the Confederation Cup: