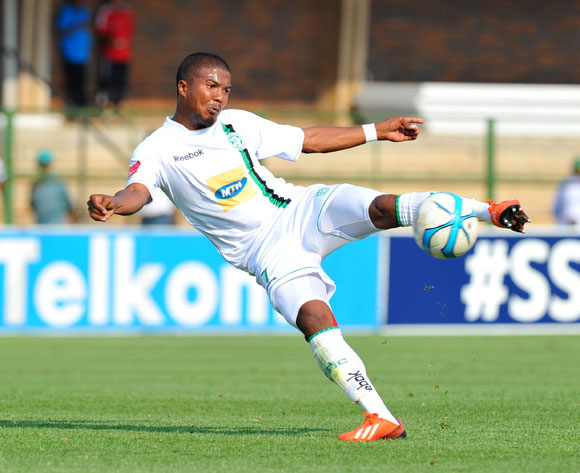 Lyle Lakay saw his opening goal cancelled out by Sibusiso Msomi as Bloemfontein Celtic and Platinum Stars played to a 1-1 draw in their Absa Premiership match at the Free State Stadium on Sunday afternoon.

Neither team offered much in attack early on with the first attempt on goal only coming in the 15th minute after Celtic’s Thapelo Morena fired inches over from distance.

Helder Pelembe was bitterly unlucky not to find the back of the net in the 26th minute when a ferocious 18-yard strike from him struck the post.

In the 33rd minute we did see the game’s opening goal when Lyle Lakay registered his first ever league goal for Celtic when he fired a 20-yard free-kick into the corner of the net, 1-0.

Morean tried to double his side’s lead in the 40th minute, but his shot from distance once again went narrowly wide of goal.

Platinum Stars nearly pulled a goal back just before the half time whistle when Isaac Nhlapo met a left wing cross with a strong header, but an acrobatic save from Patrick Tignyemb denied him.

The away team started the second half at a high pace and cancelled out Celtic’s lead when Sibusiso Msomi saw his deflected shot from distance deflect off Alfred Ndengane to find the back of the net, 1-1.

Ten minutes later Pelembe nearly restored Celtic’s lead when he found some space 16-yards out, but his shot was superbly saved by Mbongeni Mzimela.

Phunya Sele Sele continued to push forward and some slick work by substitute Musa Nyatama saw him dribble his way into the box, but was brilliantly denied in a one-on-one situation with the Dikwena goalkeeper.

Unfortunately, Celtic had to play the last ten minutes with only ten men after Bevan Fransman left the field with a head injury and they had already made all three substitutions.

Neither side could go on to score the winning goal as the points were shared.