Banyana gearing up for AAG 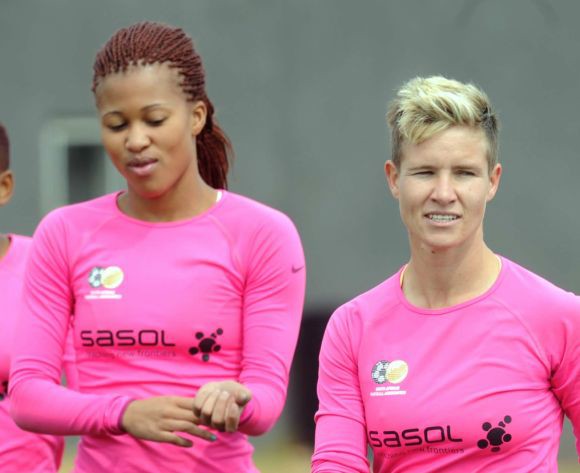 Banyana Banayana, South Africa’s senior national women’s team, are just two matches away from qualifying for the 2016 Olympic Games. However, their next test arrives in the shape of the All Africa Games, which will be held in Brazzaville, Congo, next month.

Banayana, who were silver medallists in 2003 and 2007 at the AAG, qualified for the 2015 tournament thanks to a comfortable 6-0 aggregate win over neighbours Botswana in March and April earlier this year.

They will be looking to improve on their showing from the 2011 AAG when they reached the semifinals, but were beaten 2-0 by Cameroon. They then lost 3-0 to Algeria in the third-place playoff.

The South Africans have been drawn in a tough Group B alongside Cameroon, Ghana and Egypt, while Group A consists of Congo, Nigeria, Tanzania and Ivory Coast. The top two teams from each group advance to the semifinals.

Banyana will begin their Group B campaign against Cameroon on Friday 4 September, followed by matches against Ghana and Egypt on Monday 7 September and Thursday 10 September respectively.

Cameroon are the defending AAG Women’s champions, having claimed the gold medals in 2011, while Nigeria won the two previous tournaments in 2003 and 2007, defeating South Africa in the final on both occasions.