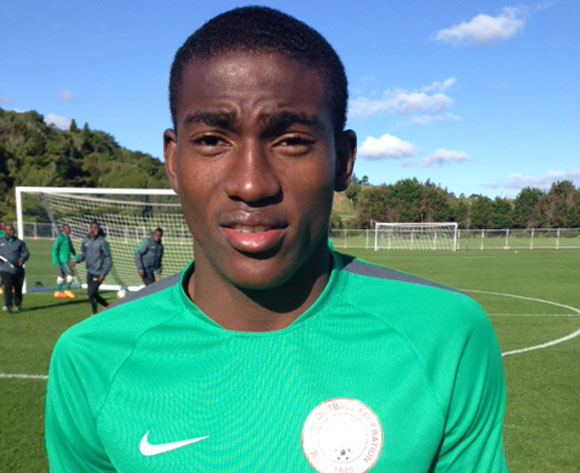 Taiwo Awoniyi has moved closer to signing for Liverpool as he is expected to fly out to England this week for a medical.

His trip to England means he is not likely to feature in next month’s All Africa Games in Congo Brazzaville.

“He will leave this week for England to sign his contract with Liverpool and that is why he is not here training with us for the All Africa Games,” disclosed Nigeria U23 spokesman Timi Ebikagboro.

Awoniyi, who turned 18 earlier this month, is expected to sign a long-term deal with EPL outfit Liverpool and be loaned out to a club outside the UK.

He has been chased by several top European clubs including AS Monaco, FC Porto and Red Bull Salzburg.