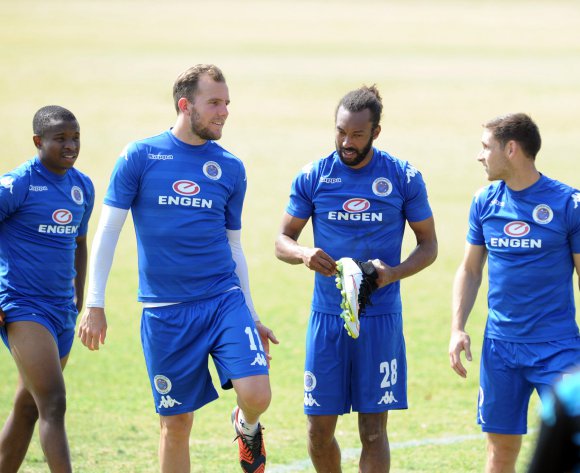 SuperSport United head coach Gordon Igesund is happy with how Dean Furman has settled in at the club, but admits winger Isaka Cernak has yet to find his feet.

Both players were brought into the team in this transfer window, with Bafana Bafana midfielder Furman playing in South Africa's top flight for the first time having spent his entire professional career leading up to this season in England.

Cernak, whose father is from Uganda and mother from the Czech Republic, was born in Australia and represented the country of his birth at youth level.

While Furman has adapted to his new surroundings instantly, Cernak is taking more time and Igesund has encouraged the 26-year-old to come out of his shell a bit more.

"Dean is settled in nicely, I would like us to get a little bit more games under his belt, but he has fitted in nicely," said Igesund, who introduced Furman to the nation in his time in charge of Bafana Bafana.

"It is not like it is strange playing here, he is a national team player so he has a good idea of the players around him - what kind of skills they've got and how they play.

"I need to get a lot more from Cernak, though, he is taking more time to fit in. At training he looks really, really good, but tonight [against Jomo Cosmos] I was quite disappointed because he never does what he does at training. He hasn't quite found the form that I am looking for.

"We were lucky that Jeremy Brockie fitted in so quickly."