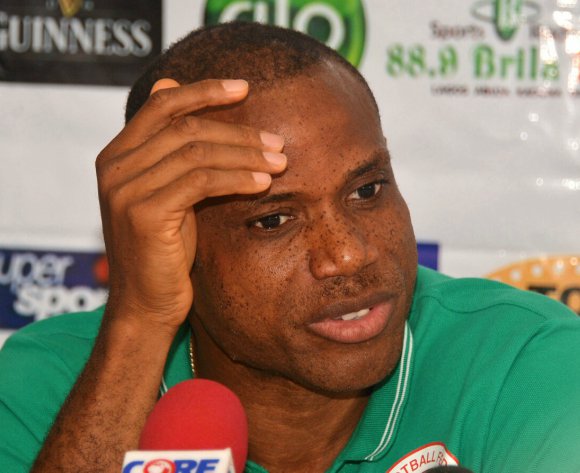 Nigeria’s laboured goalless draw in Tanzania on Saturday meant the Super Eagles dropped two points because Egypt will beat Chad later today to open a two-point gap at the top of this qualifying group for the 2017 AFCON.

Notwithstanding, there were a handful of positives to take away from this encounter principal of which was the emergence of goalkeeper Carl Ikeme.

On his debut, he kept a clean sheet and he was commanding and safe that Vincent Enyeama was not missed.

He is 29 and for a goalkeeper, he is now at the peak of his powers because, like a good wine, he will get better and much more experienced with age.

After all the hype and PR surrounding ‘Guardiola of Africa’ Sunday Oliseh, most Nigerians are disappointed not just with the result, but the team’s overall display in Dar es Salaam.

The midfield remains a major concern as it was overran by Tanzania and the returning Obiora Nwankwo and debutant Izunna Uzochukwu - both holding midfielders for that matter - were swallowed in the thick of the action.

This meant that the Taifa Stars easily came up against the Eagles defence with very little resistance and with no quality supply upfront, the attack led by Emmanuel Emenike could not bite.

Tanzania carved out the better clear-cut chances, but with no creative midfielder, one could barely count the number of chances Nigeria created in the entire 90 minutes.

With a little more self-belief in front of goal, Tanzania ought to have won by at least two goals and they did not show respect to their more illustrious opponents with the coach making attacking substitutions late on in search of a goal.

“The first half was a disaster. The boys didn’t play to instructions and forced the coach to make an early substitution,” a top team official told me.

“But in the second half they regrouped as he told them and it was much better.

“The truth is that we could have lost this match. We were just lucky.”

He added: “The coach is trying a new system and he had only two days to train with the main team.

“The midfield is a major concern and is why we have recalled two midfielders in the league (Bature Yaro and Paul Onobi) for the match against Niger.

“We have a lot of work, but hopefully we will get it right soon.”

Yes, we have a lot of work to do before we take on Egypt in March in a double header, which could well determine the automatic qualifier for Gabon 2017, while the other teams wait on the lottery of best runners-up.

The Eagles must play matches more regularly even if it were with the players from the league for them to quickly grasp the new philosophy Oliseh is trying to put across.

What must also be made very clear is that failure to qualify for the 2017 AFCON, unlike the failure to make it to Equatorial Guinea 2015, could impact seriously on the country’s qualifying campaign for the 2018 World Cup in Russia.

The third round of the 2018 World Cup qualifiers will be played on a mini-league basis from next year, about the same time the AFCON qualifiers are rounding up and so another failure in the AFCON would deal a big blow on the confidence of the Eagles as well as their suffering fans.