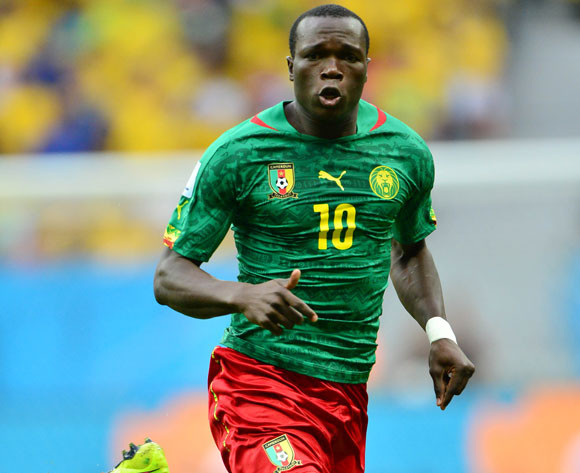 Cameroon sealed a 1-0 victory over Gambia in Bakau on Sunday, in their second Group M outing of the 2017 Africa Cup of Nations qualifiers.

The Indomitable Lions travelled without full-back Allan Nyom, centre-back Aurélien Chedjou and winger Clinton N’Jie, ruled out due to injury.

The Cameroonians started the encounter at the Independence Stadium the better of the two sides, with Eric Choupo-Moting having the first opportunity after 15 minutes of play.

Vincent Aboubakar and Edgar Salli came also close to put the visitors ahead before the break, but the two sides had to settle for a goalless draw at half-time.

Aboubakar ultimately broke the deadlock in the 65th minute, giving the Lions a crucial lead that they will hold onto till the final whistle.

The FC Porto striker was already Cameroon’s saviour during their last-minute win over Mauritania in Yaoundé in their campaign opener.

The four-time African champions are strengthening their leadership in Group M with six points to their name after two games, three points clear off the ‘Mourabitounes’ who enjoyed a convincing 3-1 victory over South Africa in Nouakchott on Saturday.

Meanwhile, Bafana Bafana and the Scorpions are bringing up the rear with only a point under their belt.