Lebese brace steers Chiefs to come from behind win 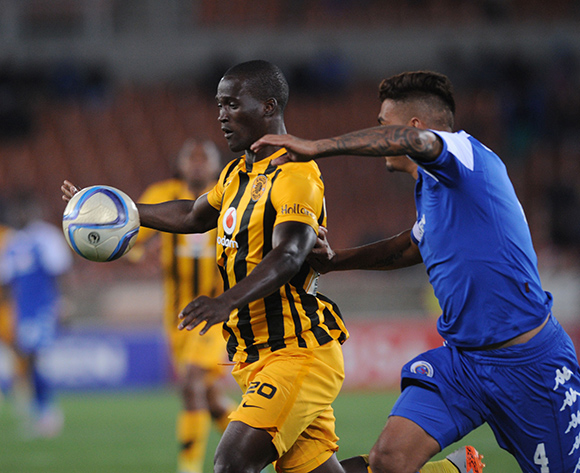 The in-form winger was the main protagonist as the Amakhosi dominated their hosts in the final 45, having trailed 1-0 at the break.

Ivan Bukenya completed the comeback before Dean Furman saw red for Matsatsantsa - Lebese and Siphiwe Tshabalala putting the icing on the cake with two late goals for the visitors.

After a rather stale opening few minutes, Dove Wome finally registered the first shot on target with 11 minutes on the clock, his run into the area ending with an easy save for Itumeleng Khune.

The Togo international deservedly handed SuperSport the lead in the 22nd minute with his crisp first-time shot from range leaving Khune helpless in the Chiefs goal.

Bongani Khumalo thought he had doubled the hosts’ lead in the 34th minute after guiding Thuso Phala's free-kick into the back of the net, but the assistant’s flag was raised for offside.

Chiefs’ best chances came from an unlikely source, with Bukenya flashing his volley effort just wide before directing his header attempt straight at Williams in the final exchanges of the first-half.

Trailing at the break, Steve Komphela's charges came out a different team from the tunnel in the second stanza, with Lebese drawing the teams level in the the 49th minute with a composed finish after SuperSport failed to deal with Khune's clearance.

It was third time lucky for Bukenya, who netted his first league goal for the club, nodding in after rising highest at the far post just before the hour to put Chiefs in front.

Things went from bad to worse for SuperSport as Furman capped a terrible week with an early shower following a second bookable offence in the 79th minute.

Chiefs took full advantage, with Lebese completing his brace with a tap in following good work by Abraw, before club captain Tshabalala converted from 12 yards with the final kick of the game after Abraw was fouled inside the area by Michael Boxall.

The win moves the defending champions top of the league table.