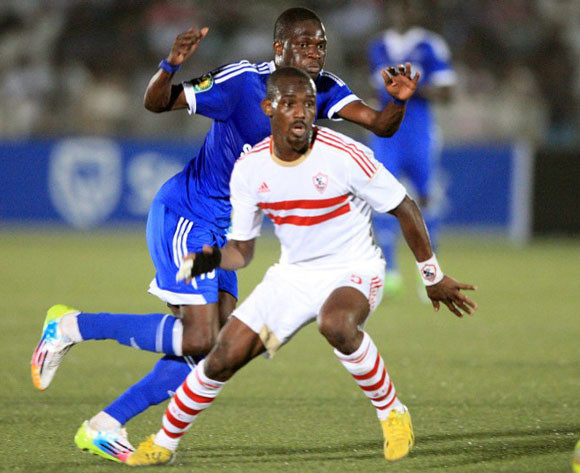 Al Hilal will host USM Alger in Omdurman on Sunday, in the first leg of their 2015 CAF Champions League semifinals tie.

The Sudanese earned their spot in the last four courtesy of a second-place finish in their Group A behind TP Mazembe, while USM Alger finished top of their Group B ahead of Al Merreikh on a record 15 points.

Brimming with confidence at the end of their group stage campaign, the Algerians have just been dealt a massive blow after it emerged that star striker Youcef Belaïli received a two-year suspension from all competitions from the Confederation of African Football, after testing positive for an unspecified banned substance following a CAF Champions League tie between MC El Eulma and USMA on 7 August 2015.

The former Espérance de Tunis hitman has been instrumental in USMA’s road to the semifinals of the prestigious competition, with four goals and three assists to his name during the group stage.

The ‘Red and Black’ coach Miloud Hamdi will also have to cope with the absence of defender Hocine Benayada and forward Oussama Derfalou, who are on duty with the national military team.

However, the Algerians are determined to go all the way in the competition.


“We will travel to Sudan with high spirits, the boys’ confidence is sky-high,” striker Mohamed Amine Aoudia toldcompetition.dz.

“This game is very important and we are going to do everything to come back with a positive result to boost our chances of qualification for the final.

“The Champions League is one of our main objectives this season. The players are aware of their responsibilities and are determined to achieve something special in Sudan.”

It will be the first continental meeting between the two sides.