Hot from Africa: Cairo ‘dream final’ hopes up in smoke 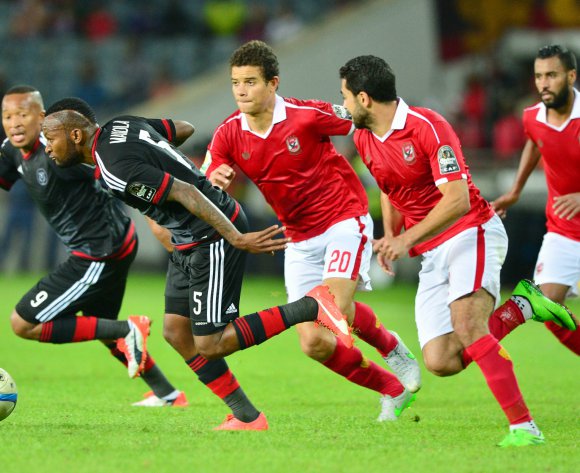 Egyptian dreams of ‘dream final’ between Al Ahly and Zamalek went up in smoke after the results of this weekend’s CAF Confederation Cup semifinal first leg matches.

The Red Devils will still have strong belief in their chances of overturning a 1-0 deficit against South Africa’s Orlando Pirates, but the White Knights will need a football miracle if they are to recover from the 5-1 thrashing they were given by Tunisia’s Etoile du Sahel.

Ahly dominated large portions of their match in Soweto on Saturday evening, but an early goal from Thamsanqa Gabuza took the Buccaneers to a narrow victory.

However, Eric Tinkler’s side will have their work cut out in the return match in Suez next Sunday evening, especially as their last trip to Egypt saw them crushed 4-1 by Zamalek.

As for the current Egyptian league and cup champions, their hopes of a treble are in tatters after suffering a mauling at the Olympic Stadium in Sousse on Sunday evening.

Marouane Tej was the inspiration behind Etoile’s sublime performance, scoring twice to see the Tunisians claim an emphatic 5-1 win. Barring a complete meltdown, they will surely secure progression into the final when the return leg is played in Cairo on Saturday evening.

The winners of each tie will meet in the final which is scheduled to be played on the weekend of November 20-22 and 27-29.