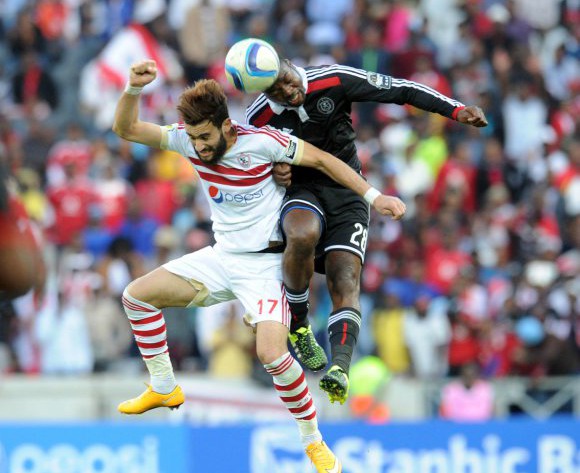 Orlando Pirates veteran defender Rooi Mahamutsa believes they need to remain focused ahead of their trip to Egypt to face Al Ahly in the CAF Confederations Cup, second leg semifinal.

The Buccaneers centre back captained the side in their 1-0 win over the Red Devils last Saturday at Orlando Stadium and he says they need to score more goals in Cairo.

Thamsanqa Gabuza’s goal handed Eric Tinkler’s men the deserved advantage as they’re heading to the North African country for the second leg with a win in the bag.

However, ‘Ngubo’ believes it will be tough playing away, but they’re mentally strong as a team and he has told the guys to remain humble.

“For us it's to go there and score more goals than we did on Saturday. We know that it's going to be tough but we're mentally strong," said Mahamutsa after the match.

“I told the guys not to be too happy with this win because we still have a long way to go before the final.

“We have one foot in, we have to do a great deal of work before we can get into the final so we need to focus even more."

The Soweto giants are without defenders Thamsanqa Sangweni and Happy Jele due to suspension while skipper Oupa Manyisa is out nursing an ankle injury.

The return leg is set to be staged in Cairo this coming Sunday, 04 October at the Suez Army Stadium at 20:30.