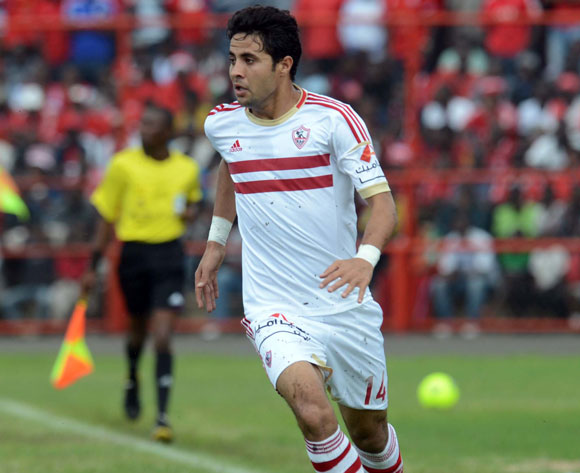 Zamalek will have to overturn a four-goal deficit against Etoile du Sahel in Cairo on Saturday, in the return leg of their Confederation Cup semifinal tie.

The White Knights suffered a humbling 5-1 defeat at the hands of the Tunisians in Sousse in the first leg, to seriously dent their hopes of securing an historic treble.

Marouane Tej and Baghdad Bounedjah gave Etoile a two-goal lead eleven minutes into the match, and while Zamalek starlet Ayman Hefni managed to pull one back half-way through the first stanza, Alaya Brigui made sure to restore his side’s two-goal cushion before the break.

Marouane Tej’s second strike and Saddam Ben Aziza completed the rout with two more goals in the second half, to see Zamalek suffer their heaviest continental loss since a 5-1 demolition by Asante Kotoko in the 1987 edition of Africa’s foremost club competition.

However, Faouzi Benzarti’s men ruled out any complacency in their bid for Confederation Cup glory.


“It is never easy to score five goals to Zamalek. But it is what we have achieved brilliantly,” Etoile striker Baghdad Bounedjah told the media.

“We managed to remain focused until the end. The strength of the collective made the difference. Our coach deserves the full credit, we made huge progress with him.

“We need to finish the job on Saturday, whilst still keeping our feet on the ground.”

Meanwhile, the White Knights keep their hopes alive despite the nearly impossible task lying ahead of them.

“The defeat is heavy and difficult to stomach, but we are talking about football where everything is possible,” Zamalek chairman Mortada Mansour commented.

“We have to overturn this huge deficit in Cairo. It is a task we can accomplish. The result is not definitive.”

The game, which is expected to be played behind closed doors, will kick off at Petro Sport Stadium at 20h30 CAT on Saturday 3 October 2015.