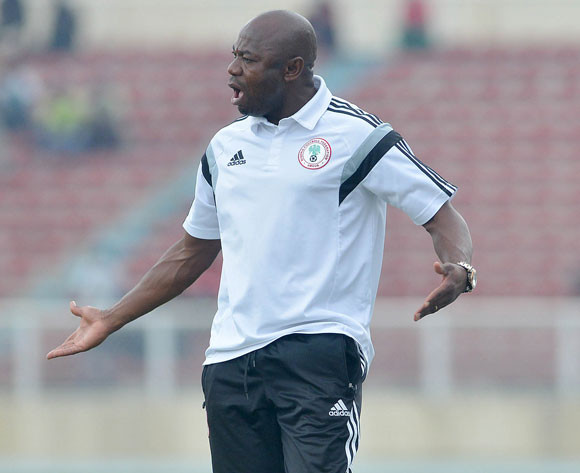 Nigeria’s Golden Eaglets will tackle Argentina's U17 team in a warm-up  match on Tuesday in Buenos Aires as part of their preparations for the FIFA U17 World Cup in Chile.

They are also scheduled to battle the U20 team of either Racing FC or Boca Juniors on October 11 before they depart for Santiago.

The Nigeria U17s on Friday arrived their pre-World Cup training camp in Buenos Aires, Argentina aboard an Emirates Airline's B777-300 flight from Dubai.

The Eaglets have already begun training at the Buenos Aires Futbol ground. BAF, as its simply known is a facility privately owned by former Argentine international, Matias Almeyda, and it is tucked away at San Roque in Tigre on the outskirts of the capital city of Argentina.

According to Eaglets coach Emmanuel Amuneke, the facility in BAF is similar to what was obtainable at the Papendal Sports Centre in Holland that was used by the Super Eagles in the 1990s during the era of Dutch coach, Clemens Westerhof.

Though not as gigantic as Papendal in Arnhem, BAF has about seven training pitches with state of the art gymnasium, swimming pool and other adjunct facilities good for camping.

"This facility is good since it is out of town and would allow for maximum concentration throughout our camping here ahead of the World Cup," Amuneke admitted.

The former Nigerian international, after offering prayers to God at Saturday's morning training, further told the players that they should think about nothing other than football and the World Cup.

The Eaglets are expected to train twice daily with slight variation when there is a friendly match.

Meanwhile, the weather in Buenos Aires is chilly with temperature oscillating between 8 and 15 degree centigrade – same weather in Chile with most South American countries nearing the winter season.

A contingent of 25 players and 10 officials including NFF’s assistant director (technical) Siji Lagunju, had earlier departed from Abuja on Thursday with same airline on flight EK-786.

They later left Dubai (the city where Golden Eaglets' class of 2013 had their training camp before winning a historic fourth title for Nigeria in the same country) in the early hours of Friday for Rio de Janeiro (Brazil) en route to Buenos Aires.

On ground in Buenos Aires to receive the team were officials of the Nigeria embassy led by Elekwachi Ndubuisi and Felicia Ezeorah as well as NFF FIFA match agent Jairo Pachon, who informed that all arrangements had been put in place for the team's smooth preparation ahead of the World Cup to be staged between October 17 and November 8 in Chile.