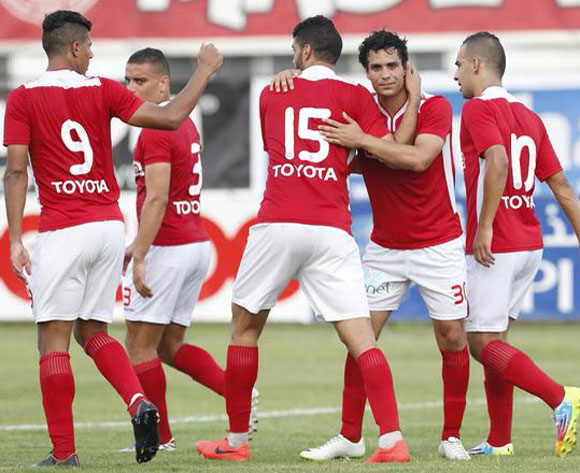 Etoile Sportive du Sahel booked their place in the final of the 2015 Confederation Cup on Saturday, despite falling 3-0 to Zamalek in Cairo in the return leg of their semifinals tie.

The Tunisians progressed 5-4 on aggregate, thanks to their 5-1 thrashing of the Egyptians in Sousse in the first leg.

However, Mahmoud ‘Kahraba’ handed his side a morale boost with the match opener seven minutes later.

But Zamalek had to settle for this narrow advantage going into the break, after a heated first half that saw Etoile’s assistant coach Ridha Jadi receiving his marching orders following an altercation between the two staff.

Nevertheless, ‘Kahraba’ completed his brace from the penalty spot 10 minutes into the second half, after Ammar Jemal handled the ball inside the box.

Things went from bad to worse for Etoile, with second half substitute Marouane Tej being sent off for a second bookable offence in the 75th minute, leaving both sides down to ten men.

But Faouzi Benzarti’s men managed to hold onto their slim advantage over the two legs until the final whistle.

Etoile will face Al Ahly or Orlando Pirates in the final of Africa’s second-tier club competition.