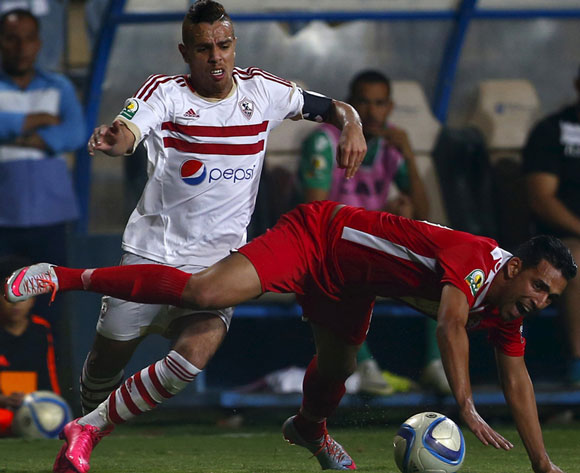 Zamalek manager Jesualdo Ferreira has heaped praise on his players despite their Confederation Cup semifinals exit on Saturday, at the hands of Etoile Sportive du Sahel.

The White Knights had to overturn a four-goal deficit in Cairo, after suffering a 5-1 thrashing in Sousse in the first leg.

And the tie looked pretty much done and dusted after just five minutes, when Zamalek defender Ali Gabr received his marching orders for a silly challenge on Etoile striker Baghdad Bounedjah.

However, Egypt international winger Mahmoud ‘Kahraba’ put his side ahead seven minutes later, before completing a brace from the penalty spot shortly after the restart.

With two more goals to score to seal their qualification, the locals came very close to achieving an historic comeback when substitute Mostafa Fathi forced a Tunisian own goal twenty minutes from time, but Zamalek failed to add a fourth one despite the sending off of Etoile’s substitute Marouane Tej.

“The players delivered a great performance since the starting whistle,” commented Ferreira, who was angry at the official and lamented their opponents’ attitude.

“We have suffered from refereeing mistakes.

“Etoile players wasted the time of the game and kept provoking players but they failed, and Zamalek was able to shine.”