Mahamutsa: We did it for the millions 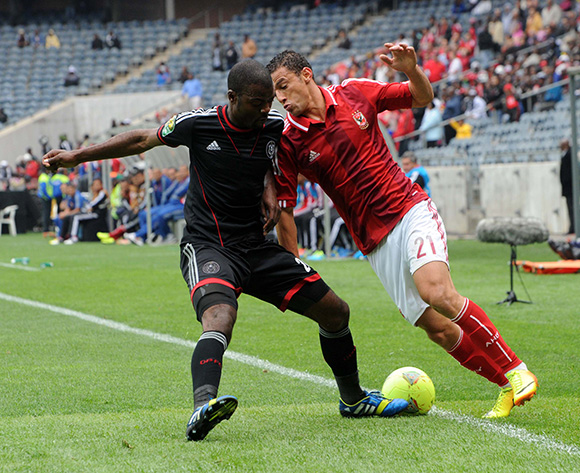 Orlando Pirates' experienced defender Rooi Mahamutsa says their CAF Confederation Cup win over Al Ahly is a huge achievement but the job is not done yet.

‘Ngubo’ was speaking to the club’s official website after they defeated Egyptian giants Al Ahly 4-3 (5-3 on aggregate) on Sunday night to book a spot in the final of the continental showpiece.

“Tonight was all about pride!,” Mahamutsa told the club's official website.

“It wasn’t an easy match by any means. They (Al Ahly) made it very difficult for us to get comfortable however we showed enough character in the second half and bounced back.

“It is hard to explain the process we went through but its as if we all were in tune with what we (as players) had to do. After all this match was more than just a match for us as players or the club; it was for the millions of supporters back home who have supported us through and through…it was also about the pride of the nation.

"As the only Southern African team in the competition, we knew we had the responsibility to represent our country the way it should be represented.”

The ex-Witbank Spurs and PJ Stars central defender added that the Sea Robbers will now shift their focus to their Telkom Knockout Cup tie against University of Pretoria.

“This is a huge achievement but the job is not complete as yet. We will celebrate tonight’s victory but tomorrow is back to work,” added Mahamutsa.

“First we have to focus on the Telkom Knockout Cup clash against University of Pretoria and then the final.”

Eric Tinkler’s men are now set to face Tunisia’s Etoile du Sahel in the final and are set to play them home and away.