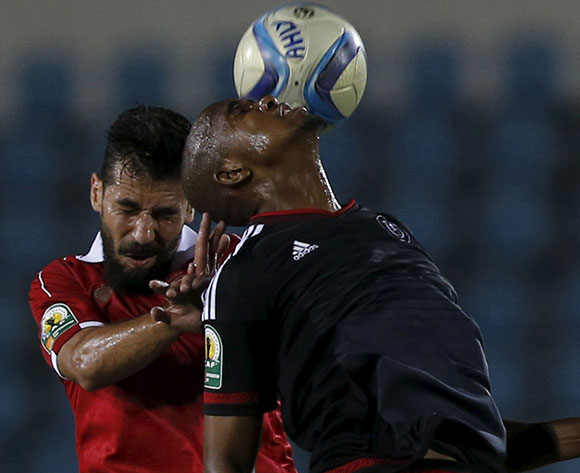 Al Ahly have sacked manager Fathi Mabrouk following their semifinal exit in the Confederation Cup at the hands of Orlando Pirates on Sunday.

Defeated 1-0 in Johannesburg in the first leg, the Red Devils fell 3-4 in Suez to bid farewell to Africa’s second-tier club competition 3-5 on aggregate.

Mabrouk, who had been appointed following the sacking of Spanish coach Juan Carlos Garrido last May, didn’t survive Ahly’s first trophy-less season since 2004, with the eight-time African champions losing both the Egyptian Premier League title and the national Cup to archrivals Zamalek before failing to retain their continental crown.

“The board has decided after an urgent meeting to thank both head coach Fathi Mabrouk and football sector manager Alaa Abdel-Sadek for their efforts in the last season,’’ Ahly stated on their official website.

And the Red Devils have appointed the club’s chief of youth sector, Abdel Aziz Abdel-Shafy ‘Zizo’, as caretaker coach while seeking a permanent solution.

‘’Zizo will be a temporary coach until the hiring of a new foreign tactician,’’ Ahly added on their statement.