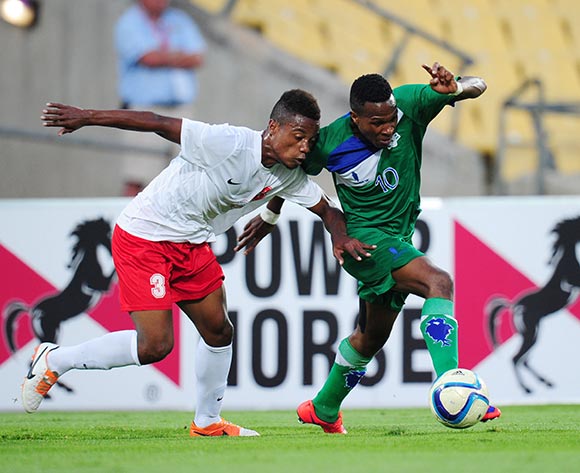 Mabuti Potloane of Lesotho challenged by Fenolahy Zenith of Madagascar during the 2015 Cosafa Cup match between Lesotho and Madagasca at the Royal Bafokeng Stadium, Rustenburg on the 18 May 2015 ©Muzi Ntombela/BackpagePix

Comoros and Lesotho played to a goalless draw in their FIFA World Cup 2018 first leg preliminary tie on Wednesday.

What was expected to be a cracker, ended up as a goalless draw, with both teams unable to find the back of the net.

In the 90th minute Lesotho goalkeeper Mohau Koenane received a red card which saw him leaving the field.

His fellow teammates Kamele and Ntobowere both cautioned.

The return leg will played on October 13 in Maseru, with the winners of the tie set to face Ghana in the second round.