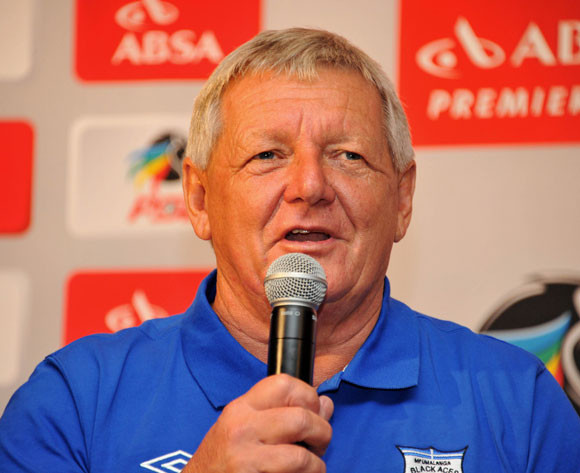 The 1996 African Cup of Nations winning coach, who recently took over at Maritzburg United, believes that the Buccaneers have grown fond of travelling on the African continent and has tipped the Soweto giants to go all the way this season.

Pirates came close to adding a second star to their chest, losing to Al Ahly in the 2013 CAF Champions League final, but now have another shot a continental bragging rights in Africa's second tier competition.

The Sea Robbers face Etoile Sportive du Sahel in a two-legged final next month, with the first-leg set for Orlando before the return fixture in Sousse

“They are doing well because they’ve played through Africa for a couple of seasons now, and they’ve always come up. [In 2013] they had a fantastic run, and this year they’ve had an even better run,” Barker is quoted as saying by Kick-Off.

Pirates beat Al Ahly 5-3 on aggregate to reach the final and the 71-year-old Barker believes the club has the necessary quality to come out tops this time around.

“Messages of support have gone out throughout the whole of South Africa, I think they know what they want and who to support," the 'Dog' continued.

“Pirates are going to have to deliver on the day, which I have no doubt they will. They’ve got a quality team, quality coach, and a quality setup."