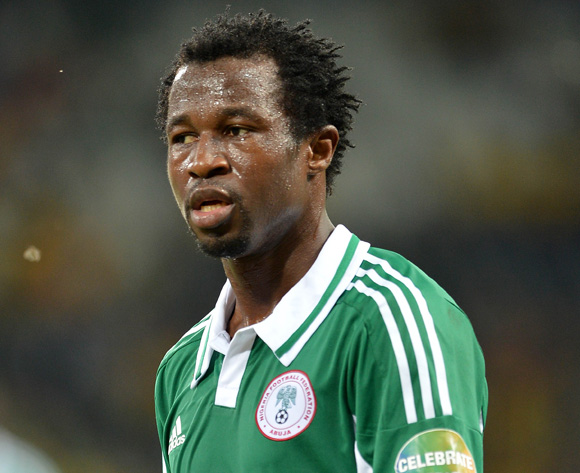 Celtic defender Efe Ambrose has told AfricanFootball.com his goal for Nigeria in a convincing 3-0 win over Cameroon in a friendly is dedicated to his wife, Adenike Sarah Ambrose.

Ambrose scored the opening goal for Nigeria in the 39th minute, when he headed home Mikel Obi's free kick on Sunday night in Brussels, Belgium.

"I give glory to God for the goal. The goal is dedicated to my lovely wife, Adenike Sarah Ambrose, this is because of her prayers and support to my career. She is always there for me during good and bad periods," Ambrose told AfricanFootball.com

He said the game was not easy and also expressed his gratitude to coach Sunday Oliseh for giving him a second chance in the national team after he was out of the team for more than a year.

His last game before now was a 2015 AFCON qualifier on September 6, 2014, which Nigeria lost 3-2 at home to Congo and he scored a goal in the game as well.

"It was not an easy game, but we play to the tactics the coach told us. I bless God for coming back into the team with a goal after a long time and I appreciate the coach for giving me the chance to play for my country again," Ambrose told AfricanFootball.com