Chiefs, Pirates ready for round two in TKO 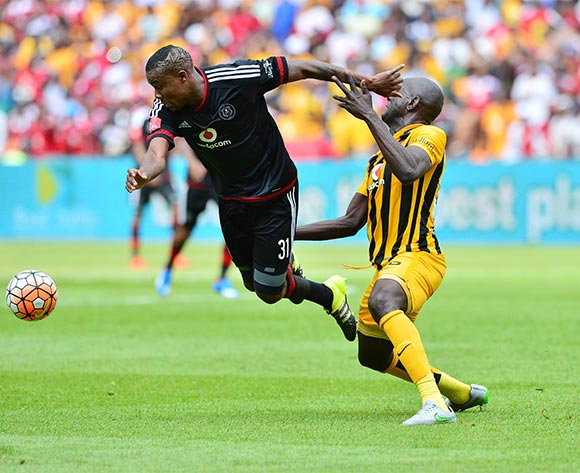 Soweto rivals Kaizer Chiefs and Orlando Pirates will battle for a place in the final of the Telkom Knockout when they meet at FNB Stadium on 7 November 2015, kick-off at 15h00.

Having met just a week ago in their first Absa Premiership clash in the 2015/16 season, this match sees South Africa’s two most popular and successful teams adding yet another chapter to the history of their fierce rivalry.

Chiefs earned their place in the semifinals thanks to victories over Platinum Stars (3-0) and Black Aces (2-1) in the last 16 and quarterfinals respectively. The gold and black half of Soweto has lifted the League Cup a record 13 times, though their last triumph in the Telkom Knockout arrived in 2010.

Pirates booked a place in the last four with wins over University of Pretoria (2-1) and Maritzburg United (2-0) in the last 16 and quarterfinals respectively. The black and white half of Soweto has just one League Cup title in their trophy cabinet: the 2011 Telkom Knockout.

In terms of cup meetings, Chiefs and Pirates have clashed 22 times since the formation of the NSL in 1985. The Amakhosi have generally gotten the better of their rivals, claiming nine outright victories compared to seven for the Buccaneers. Six matches have been drawn, two of which went to penalties – both were won by Chiefs.

The teams’ most recent cup meeting was the MTN8 final last year, with the Amakhosi claiming a 1-0 win thanks to a goal from defender Tefu Mashamaite. Chiefs also won the teams’ last Telkom Knockout clash, crushing Bucs 3-0 in the final in 2010/11, with Sthembiso Ngcobo scoring two goals, while current Glamour Boys captain Siphiwe Tshabalala also found the back of the net.

In all, the teams have met in 82 matches, including last weekend’s league derby. Chiefs have 33 wins compared to 20 for Pirates, while 29 matches have been drawn.

The Buccaneers’ 3-1 win on October 31 was their first in the league over their arch rivals since 2012. Both sides won in the league in midweek – Amakhosi beat Golden Arrows at home, while Pirates edged Ajax Cape Town – meaning both come into this TKO match with momentum and confidence behind them.