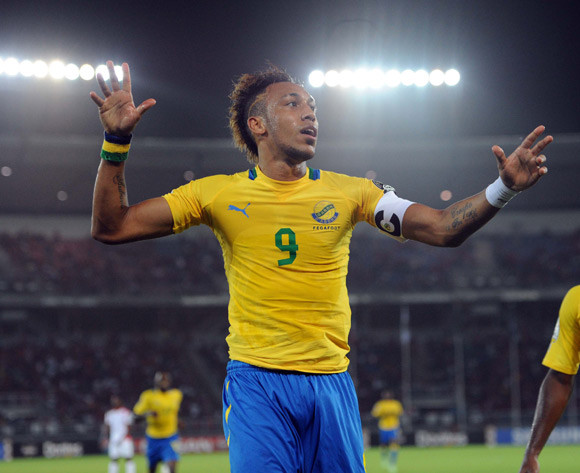 Thanks for joining us today on AfricanFootball.com for the live coverage of Africa's Stars involved in the 2018 World Cup Qualifiers on 14 November 2015.

21h55 AUBAMEYANG SCORES and Gabon are the first team to book their place in the third round of qualifying, beating Mozambique 4-3 on penalties.

21h30 -  Penalties will decide the outcome. The two teams deadlocked at 1-1 after 210 minutes of football.

21h15 Half-time in extra-time and still no change to the scoreline.

20h55 - SO CLOSE! Mozambique hit the post with the final kick of the game. So close to settling matter. On to extra-time we go.

20h50 - We are into stoppage-time at the Stade d'Angondjé, and still we are deadlocked, 1-1 on aggregate, penalties looming.

20h25 - Nervy times for Gabon and in particular Ovono who has been suspect throughout the clash. Gabon still 1-0 up with 24 minutes of regulation time remaining.

20h10 - Second-half has kicked-off in Libreville.

20h00 - Full-time in Francistown. Botswana take a 2-1 lead to Bamako. Sow with the important away goal for Mali.

19h50 - Mozambique finished the first-half on top, but were unable to find a way past Ovono. Gabon 1-0 up at half-time. Teams still tied at 1-1 on aggregate with 45 minutes to play.

19h40 - Evouna sends a header attempt just over the crossbar, Gabon eager to pull in front on aggregate before the break.

19h30 - Half hour played in Libreville and Gabon continue to lead Mozambique 1-0, scores deadlocked at 1-1 on aggregate. Helder Pelembe with the only goal in a 1-0 win for the Mambas in Maputo earlier this week.

19h05 - Goal Gabon! Immediate impact by Aubameyang who missed the reverse fixture in Maputo. The Dortmund man wit the assist, Evouna with the finish, 1-0

19h00 - Kick-off in Libreville, Pierre-Emerick Aubameyang starts for the Panthers

18h30 - Joel Mogorosi has put Botswana 2-0 up, the Zebras with a considerable advantage already with an hour still to play.  Elsewhere Chad have caused a massive upset in beating Egypt 1-0.

18h15 -  Ezechiel Ndouassel has put Chad 1-0 up against Egypt in N'Djamena. Five minutes of regulation time left to play.

18h00 - The match between Botswana and Mali is underway.

17h00 - A brace from Islam Slimani has seen Algeria level matters against Tanzania, 2-2.

16h50 - Shimelis Bekele has scored for Ethiopia in the dying seconds of the game, but it is not enough as Congo with the first leg World Cup qualifier 4-3.

16h45 - Hardy Binguila has found the back of the net for Congo which was followed by a goal for Ethiopia courtesy of Dawit Fikadu. Congo are leading 4-2.

16h25 - Fabrice Nguessi has given Congo the lead against Ethiopia, 2-1.

16h15 - Elias Maguri has given Tanzania the lead against Algeria, 1-0.

16h00 - The second half between Ethiopia and Congo is about to start while neither Tanzania nor Algeria have found the back of the net in their game.

15h50 - It is half time between Ethiopia and Congo with the game locked at 1-1.  It is still 0-0 between Tanzania and Algeria.

15h43 - Thievy Bifouma has quickly equalised for Congo against Ethiopia, 1-1.

15h41 - Getaneh Kebede has given Ethiopia the lead against Congo, 1-0.

15h30 - The Tanzania v Algeria match is underway. The match between Ethiopia and Congo is still locked at 0-0.

15h15 - The Ethiopia v Congo game is still locked at 0-0 after fifteen minutes.

15h00 - The match between Ethiopia and Congo is underway.