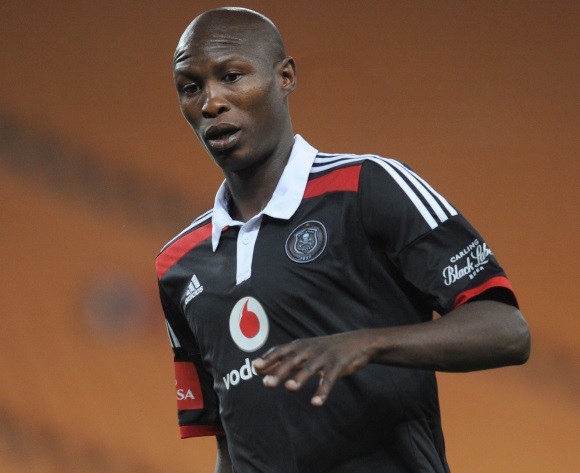 Orlando Pirates' towering defender Ayanda Gcaba has explained his secret behind his goal-scoring form for his side during the month of October.

The 29-year-old defender scored the winning goal for Pirates against University of Pretoria during the 2015 Telkom KnockOut Cup first-round clash in extra-time in mid-October.

When Bucs thrashed their archrivals Kaizer Chiefs 3-1 in an Absa Premiership clash almost three weeks ago, Gcaba was again on the scoresheet as he netted his side's second goal in front of a packed FNB Stadium.

"My team-mates encourage me and they make me believe that I can be a top player who can also score goals for the team. They give me strength," Gcaba said.

The one-time Bafana Bafana international, who is a versatile defender, admitted that he prefers playing as a left-back.

"It does not matter where I play, whether it is left-back or centre back. For me I'm happy if appear on the starting line-up. However, I prefer playing as a left-back," he concluded.

Gcaba has three goals to his name in all major local competitions in this 2015/16 campaign, having also netted during the Bucs' 4-1 league victory over Chippa United in August.