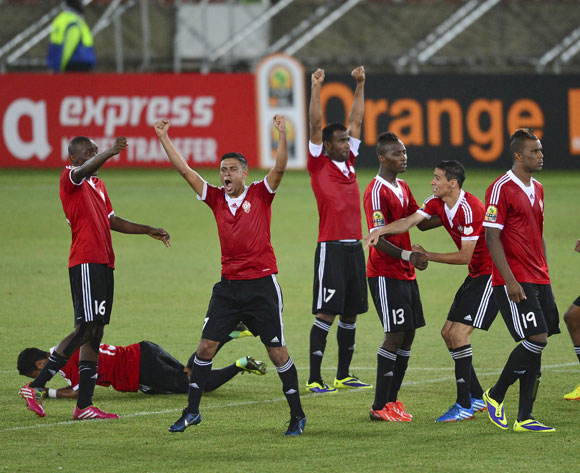 Libya are through to the group stages of the 2018 FIFA World Cup Qualifiers after beating Rwanda 3-1 on Tuesday afternoon at Stade Régional de Nyamirambo in Kigali.

Following Tuesday’s score, the Libyans have registered a 4-1 aggregate score after walloping their Rwandan opponents 1-0 in the first leg last week.

A brace by Mohamed Elmonir and a goal from Mohamed Ghanodi were enough to give the Mediterranean Knights a ticket to progress to the next final round of qualifiers.

Although the hosts, Amavubi, were looking to use their home advantage and overturn last week’s result, they failed to create scoring opportunities in the opening half allowing the hosts to grab an early lead.

After Elmonir’s strike in the 36th minute, the hosts managed to level the matters on the stroke of half time through Jacques Tuyisenge ensuring both sides went to the tunnel on equal grounds.

However, in the second stanza, the visitors took the lead when Ghanodi converted with just three minutes into the second half.

As the match progressed, Libya ensured they killed the game when they netted their third goal of the encounter when Elmonir completed his brace in the dying minutes of the clash.

With the hosts becoming frustrated, the visitors managed to hold onto their lead and finished the match as victors thus booking their spot in the group stages of the qualifiers en route to Russia.