Congo too strong for Ethiopia 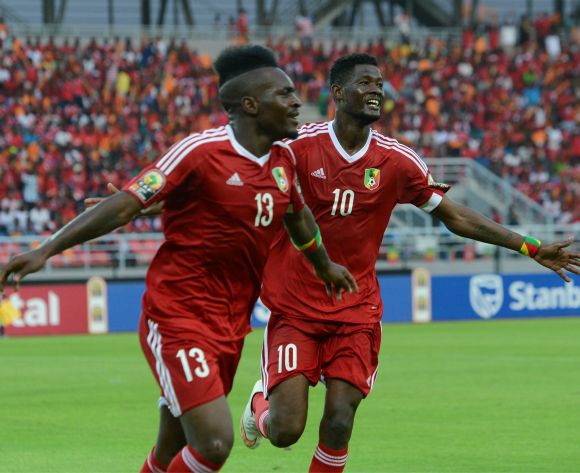 Congo emerged as victors after beating Ethiopia 2-1 at home in their second leg clash of the 2018 FIFA World Cup Qualifiers on Tuesday afternoon at Stade Alphonse Massamba-Débat in Brazzaville.

Goals in each half by Francis N’Ganga and Thievy Bifouma gave the hosts the deserved win and put them through to the group stages of the qualifiers.

The Red Devils are through to the next stage of the qualifiers en route to Russia 2018 after their gutsy 4-3 first leg victory (6-4 on aggregate) over Ethiopia in Addis Ababa last Saturday.

Although the Bidvest Wits man, Getaneh Kebede netted first last week, he once again found the back of the net, putting the visitors in the lead in the 28th minute.

However, with three minutes in the second half, N’Ganga levelled the scores, cancelling out the South African-based player’s goal.

After 10 minutes of action, Granada forward, Thievy Bifouma once again scored, continuing where he left off in the first leg, thus handing the hosts the lead and boosted their hopes of progressing to the final qualifying stages.

In the dying minutes of the tie, Walya Antelopes made changes when they introduced Wandimu, but it was too late as the hosts cruised to a 6-4 aggregate score.