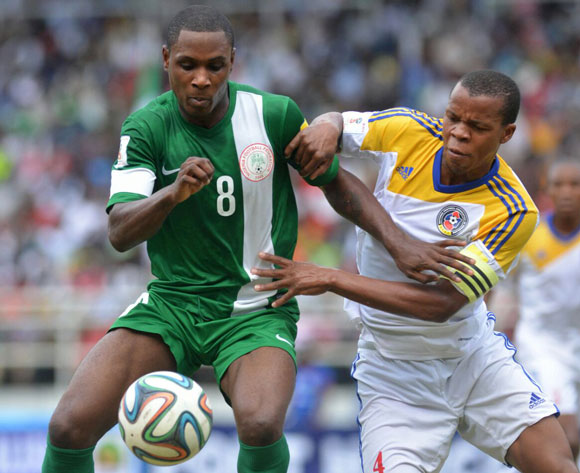 Ighalo (left) in action for Nigeria against Swaziland last year. It was the 49th World Cup home game for Nigeria

Nigeria will have about five months to improve their FIFA ranking ahead of the draw for the final round of the 2018 World Cup qualifiers in June.

Nigeria have featured at five World Cups including the last tournaments in 2010 and 2014, but they are 59th in the world and outside Africa’s top 10, which could mean they could draw very tough opponents in the final hurdle for qualification to Russia 2018.

On current ranking, Nigeria would be drawn in pot 3, which could see them draw tough teams like Ghana and Cameroon in the first two pots of the draw.

The Super Eagles have between now and June 24 to ensure they are better placed by the time of the draw so as to enjoy a more favourable draw.

Next year’s CHAN will be a big opportunity for Nigeria to enhance their FIFA ranking as the tournament is considered by FIFA as a full international competition.

An improvement on the team’s third place last year in South Africa will therefore go a long way in earning valuable points for the Super Eagles in the FIFA rankings.

Nigeria are drawn with Tunisia, Guinea and Niger in the group stage of the biennial competition, which kicks off on January 16.

Nigeria will also have two FIFA friendly windows before June 24 during which to improve their FIFA rankings.

The first such window will be between March 21 and 29, while the second window is between May 30 and June 7.

These windows will cover 2017 AFCON qualifiers against Egypt (in March) and Tanzania and Chad (between May and June) and good results from these matches will go a long way to lift the country from their current disappointing 59th position.

The failure of the Eagles to qualify for this year’s AFCON in Equatorial Guinea is believed to have contributed to the country’s poor rating by FIFA, which was the complete opposite when Nigeria won a third AFCON in South Africa in 2013.