Jele inspired by the class of ‘95 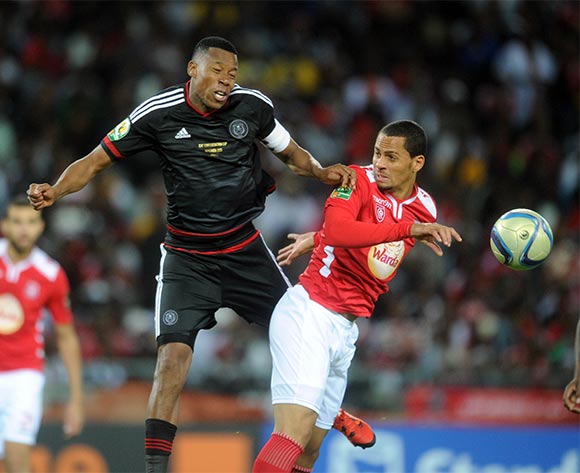 This comes after the Sea Robbers were denied a win by the Tunisian side in the CAF Confederation Cup final first leg when Ammar Jemal cancelled out Thamsanqa Gabuza’s goal with three minutes to go.

Jele was referring to the CAF Champions League final against Cote D’Ivoire’s Asec Mimosa in 1995 - they first drew 2-2 in South Africa and Jerry Sikhosana’s goal in Abidjan sealed the match in favour of the Buccaneers.

However, coach Eric Tinkler and his skipper, Jele, have a tough task to lead the South Africa side to glory for the second leg set to take place in Souse this coming Sunday.

"The Class of 1995 conceded two goals and went to Abidjan and scored one. The rest is history because they believed. We believe,” said Jele.

“We need to go to Tunisia and play our game, enjoy ourselves. They will be under pressure and we will try to defend this from the beginning."

Although it will not be an easy assignment for Pirates after failing to use home ground to their advantage, they will be inspired by their excellent run away from home.

The match is scheduled to be staged at Stade Olympique de Sousse in Tunisia on Sunday, November 29.