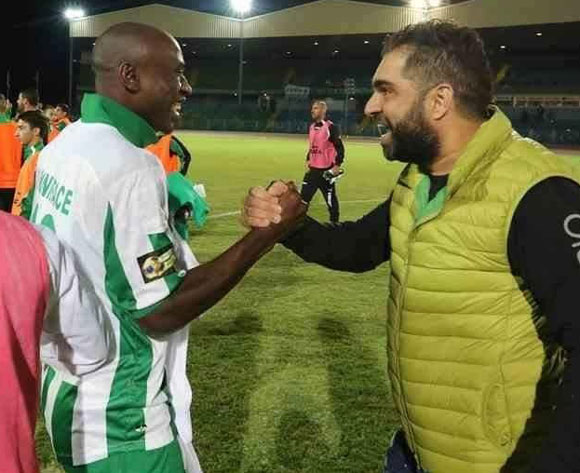 Boniface (left) has shone in Cyprus

The profile of Cyprus-based Nigerian striker Matthew Boniface is on the rise as Spanish La Liga side Real Betis have shown interest in signing him when the transfer window re-opens.

Boniface has been on good form for Aris Limassol since he joined them during the summer transfer window and his adviser, Tope Alabi Dodo, has disclosed the striker has already been watched by Betis scout while in action for Aris.

"Boniface has been doing well for his team Aris Limassol since his move in the summer. He may move to bigger league or club when the transfer opens in January,” said Dodo.

“Two notable teams in Cyprus and one from Greece have shown interest in him as well as Real Betis. In fact a Real Betis representative watched him play and discussed the possibility of signing him in January by the Spanish team."

Boniface has scored three league goals, one in cup game with several assists.

He has previously played for FC Abuja and Al Hilal in Sudan.