Ngobe: Pirates will bring the trophy 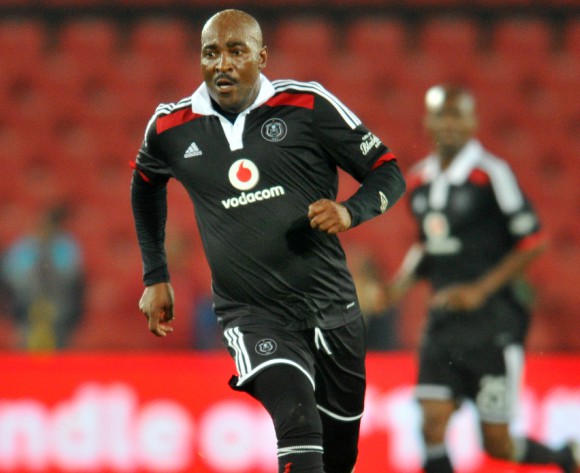 Orlando Pirates legend Dumisa Ngobe is adamant that the Buccaneers will come back to the country with the CAF Confederation Cup.

The sides played to a 1-1 draw at Orlando Stadium last weekend and the ex-Bafana Bafana international believes his former team will win the second leg match.

Ngobe also shared his thoughts on media reports suggesting that there was an explosion during this week, hitting a bus carrying members of Tunisia’s presidential guards in the centre of country’s capital, Tunis, killing at least 12 people.

“The 1-1 draw at home is not a disadvantage for the boys because there’s another 90 minutes to play,” said Ngobe.

PIRATES RELY ON AWAY FORM TO CLAIM CONFEDERATION CUP

“They just have to fight to score an early goal and unsettle the home side, getting a goal will open the match as we know they might be looking for a 0-0 draw.

“I think the technical team and the players are aware of Sahel’s style and the height of their players, now that means we must put the ball down and frustrate them.

“I’m convinced the team will make us proud and come back with the trophy.”

Speaking about the bombing in Tunis, Ngobe adds that both teams are in the same situation and that must not scare Eric Tinkler’s men.

“I don’t think Pirates will be unsettled because that’s off the field, this assignment needs strong minded players,” adds the 1995 CAF Champions League winner with Pirates.

“I know that the boys have character and the advantage is that Sahel are also concerned about it (bomb) because they’ll be on the same field.

“I think we also faced that in in Liberia in 1995 where we ended up camping in a military base – this happens in Africa.

“We’re fully behind the guys and they’ll make us proud I don’t doubt that.”

The match has been brought forward from 20:30 to 16:00 CAT and the venue is Stade Olympique de Sousse on Sunday, 29 November.