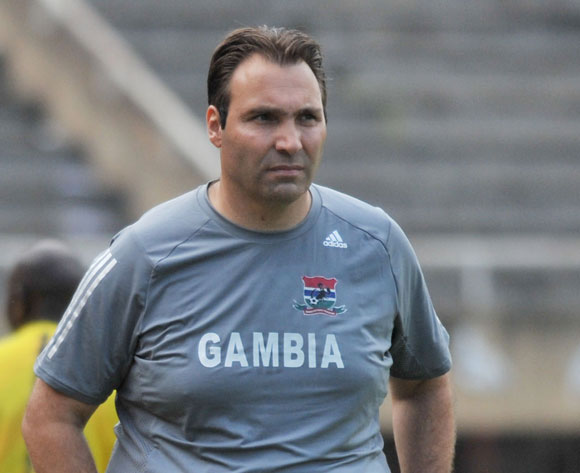 Speaking after stepping down as Gambia national team coach, Raoul Savoy says he was not sacked but resigned due to personal reasons.

The Switzerland-born coach spoke to the BBC, saying he left the position for personal reasons and was not sacked although the announcement by the Gambia Football Federation (GFF) said his contract was terminated.

On Saturday, the GFF announced that they had a mutual agreement amongst the stakeholders to terminate the services of Savoy.

"I met with the [sports] minister last Tuesday and after a long meeting I decided to stop,” Savoy told BBC Sport.

"I decided to stop because I can't continue due to personal reasons - the GFF never decided to sack me.

“I didn't quit with a smile on my face, I quit because I couldn't do anything else.”

GUINEA TO CAMP IN SOUTH AFRICA AHEAD OF CHAN

On the other hand, the ex-Ethiopia and Central African Republic mentor rubbished claims that his decision to quit was prompted by a fall-out with Swansea City forward Modou Barrow.

He also shared his experiences of working with the team, saying he is proud to have worked with the Scorpions.

"I cannot resign because of a player, a player is a player - I am the boss.

"Players have to follow my rules, my ideas and my philosophy of football, if a player doesn't want this they stay at home. That's it.

"I don't think, in five-and-a-half months, after more than two years without international football and with young players - we did that badly.

"I think the way things were organised with the GFF, the sponsors and all the staff we did well.

"The experience in The Gambia was nice and I was so proud of working with this team."