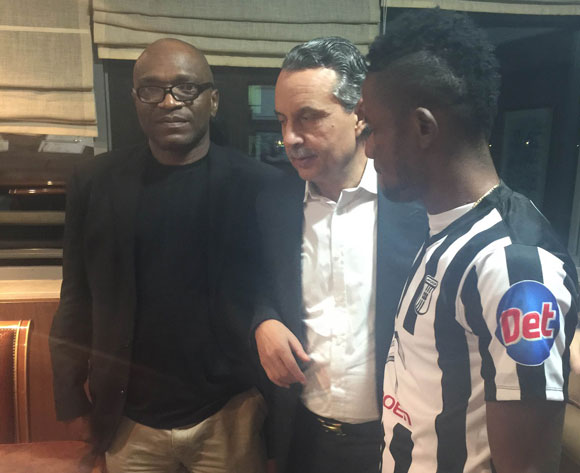 Alumona (left) with CSS president and Sokari in Tunisia

Kingsley Sokari could make his new Tunisian club CS Sfaxien debut as early as Sunday at Etoile du Sahel should his transfer papers come through.

Sunday’s showdown will pitch league leaders CSS on 25 points from nine matches against 2015 CAF Confederation Cup winners Etoile, who are second on the table with 22 points.

The Tunisian transfer window will reopen on Saturday and should Sokari’s International Transfer Certificate (ITC) come through on the day, he will be able to debut for his new club the following day in Sousse.

“His ITC is expected by Saturday when the transfer window reopens in Tunisia and if that is the case, he could make his debut against Etoile,” informed his representative Vincent Alumona, who is also in Tunisia.

Sokari has signed a three and half year contract with CSS, who also parade Junior Ajayi.

Interestingly, Sokari could come up this month with Esperance, who he came close to joining up with before the deal crashed.