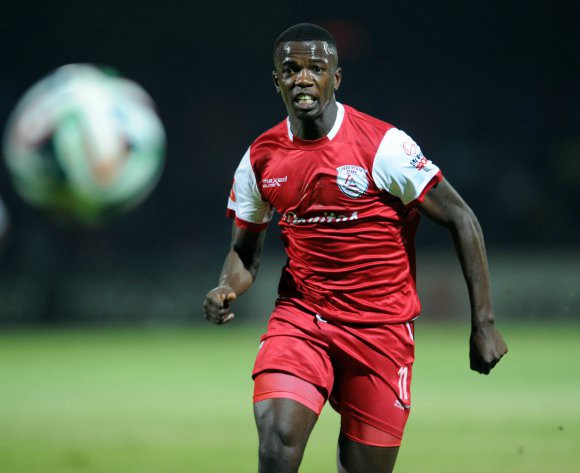 Hendrik Somaeb netted the only goal of the match as Free State Stars beat Jomo Cosmos 1-0 in an Absa Premiership clash at the Goble Park on Saturday afternoon.

The home side were the first to threaten ten minutes when Danny Venter unleashed a shot which was well-saved by Sherwin Naicker in Cosmos goal.

Both teams were struggling to maintain possession in the final third and seriously test the two shot-stoppers Naicker and Daouda Diakite.

The score was goalless during the half-time following a pretty quiet first-half in a chilly afternoon in the Bethlehem.

Stars coach Ernst Middendorp made a double change at the beginning of the second-half as they looked to grab the opening goal.

Somaeb made an immediate impact on the hour-mark as the 23-year-old midfielder hit the back of the net to make it 1-0 to Stars.

Eight minutes later, Cosmos full-back Zulu turned on the edge of the Stars box and unleashed a powerful shot which narrowly missed the target.

In the 85th minute, Cosmos forward Mukamba burst into the Stars, but he was bravely denied by Diakite from close range.

Ultimately, Somaeb's second-half strike proved to be the difference between Stars and Cosmos on the day as the former held on to win 1-0.