Sokari off to winning start in Tunisia 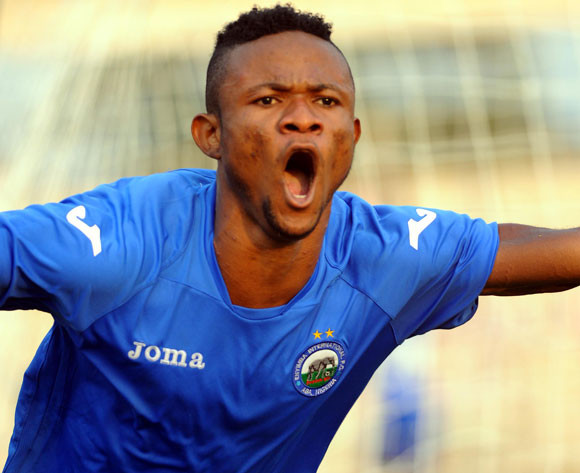 It would have been a glorious start to his career  in Tunisia had new signing Kingsley Sokari converted an 88th minute chance as CS Sfaxien beat CS Hammam-Lif 2-1 Wednesday in a 11th round league fixture.

After good hold up play by compatriot Junior Ajayi, Sokari was set up by his U23 team mate, but his shot from on top of the Hammam-Lif box was tame allowing the keeper to easily gather the effort.

Despite failing with that chance, it was an impressive debut for the former Enyimba lynchpin as he once again showed the qualities that have marked him out as one of Nigeria's fast rising stars.

His industry in the first half not only saw him propel the Sfaxien attack with crisp passes, but he also put in a good shift in midfield defensive duties.

His sliding tackle cut out a quick counter attacking move by the visitors in the 24th minute. It was a swift pass from the Sfaxien number 20 in the opponent's box that would eventually lead to Hassen Harbaoui being upended by the Hammam Lif keeper, resulting in the penalty that gave Sfaxien the first goal in first half added time.

Harbaoui will score the winner in the 68th minute from an assist by Ajayi, whose run on the left flank saw him shrug off the challenge of two Hammam Lif players, before he crossed for an easy tap in by the Sfaxien number 9.

But it was the combo of Ajayi and Sokari with two minutes to the end of the match that would have capped a great day for the Nigerian contingent had Sokari not dragged his shot too much into the ground, thereby losing steam.