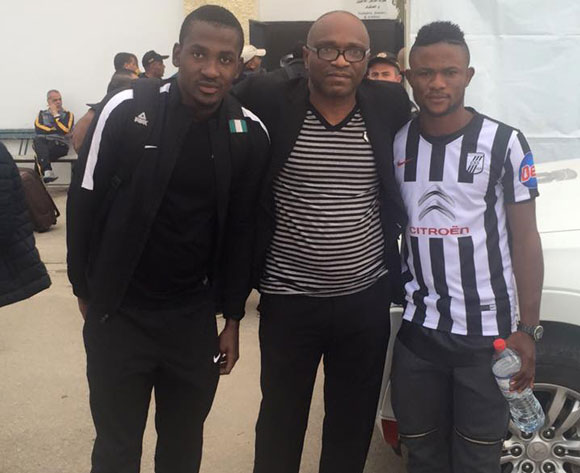 Nigeria U23 stars Kingsley Sokari and Junior Ajayi started and finished for CS Sfaxien as they lost 2-1 at Esperance in a Tunisian league clash on Sunday.

Both Sokari and Junior Ajayi were transfer targets for Esperance this year before they eventually signed for Sfaxien.

Nigeria U20 star Bernard Bulbwa was a 70th minute substitute for Esperance. He was lively because at that point CS Sfaxien were playing a man short after one of their players was sent off.

His mazy dribble run from 30 yards split open the Sfaxien defence, but his teammate crashed the final shot across the post for the last kick of the encounter.

It was a scrappy first half between the league contenders with long balls and flying tackles.

Junior Ajayi played from the left of attack and when Chad international Ezequil Ndoussel he led the attack and wa a lot more effective.

Sokari got into the game in the second half when the game was a lot more coordinated. He was fouled in the 80th minute on his way to goal.