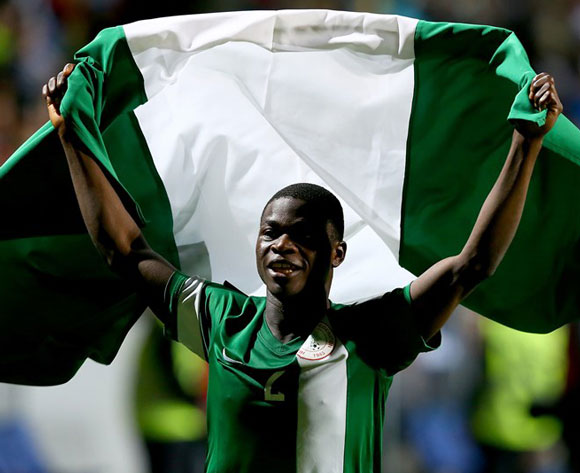 Who were the biggest losers and winners in Nigeria football in the outgoing 2015? We name them -

‘Big Boss’ was finally got rid of by his employers just months after he was given a new contract. His relationship with his employers was very frosty but he kept his job mainly because of his “big friends” in the government of former President Goodluck Jonathan. And when Jonathan lost the presidential elections, it was just a matter of time before Keshi would also be sent packing. The death of his beloved wife crowned a year Keshi would love to forget quickly.

Nothing 'Super' about the Falcons as the African champions failed to go past the first round of the 2015 FIFA Women’s World Cup in Canada and also failed to medal at the All Africa Games and qualify for the 2016 Rio Olympics. It was a most disappointing year for one of Africa’s dominant football forces, who are now in desperate need of a new leader before next year’s AWC in Cameroon.

The striker failed to live up to high expectations after he emerged goal king at the 2013 AFCON as he went more than two years without a goal for the Super Eagles and rather than stay and fight he preferred to chicken out by quitting international football. A quitter is a loser.

After winning the Nigeria league for three straight seasons, Pillars finished eighth and 15 points short of champions Enyimba. They also crashed out of the CAF Champions League by the first round and lost a 12-year home invincibility in the league to Nasarawa United.

The experienced coach ensured Akwa United stayed up in the premier league before they clinched a first-ever Federation Cup at the expense of favourites Lobi Stars. His reward? His contract was not renewed and Belgian coach Maurice Cooreman will now lead the Uyo club in the 2016 Confederation Cup.

The darling club of ‘The Garden City’ will play in the lower league in the new season despite the huge funding they received from oil-rich Rivers State and a last-ditch manipulation to ensure they were not relegated.

Another experienced coach who has been thrown into the unemployment market even after he guided Enyimba to a seventh Nigeria league championship.

The Golden Eaglets and their coach Emmanuel Amuneke were widely vilified after they barely managed to qualify for the 2015 FIFA U17 World Cup in Chile only for them to come good at the global showpiece event in style.

The new Golden Boy of Nigerian football set a new record of 10 goals at the FIFA U17 World Cup in Chile, before he hopped on another flight to help the country win the 23 AFCON in Senegal. He is strong, fast and knows his way to goal. Watch out for this youngster from the aptly named Ultimate Strikers Academy.

The Nigeria U20 and U23 striker signed a long-term contract with EPL side Liverpool to end speculations about his promising future. He has since been shipped out on loan to German Bundesliga 2 side FSV Frankfurt.

Dream Team VI will not only be going to the Rio Olympics but they will be doing so as African champions. They were disappointed to win only a bronze medal at the All Africa Games in Congo Brazzaville in September, but all was forgotten and forgiven when coach Samson Siasia guided them to win the U23 AFCON in Dakar in December. Nigeria won an historic Gold at the 1996 Atlanta Olympics and Siasia led the country to a silver at Beijing 2008. What will it be in Rio in August 2016?

The Nigeria league managed by the League Management Company (LMC) under the chairmanship of the dynamic Shehu Dikko scored major pluses to restore credibility to the competition, but issues bordering on unpaid salaries and bonuses must be addressed squarely going forward.

Two-time African champions will have another shot at the 2016 CAF Champions League after they grabbed a seventh league title in November. They may not have paraded a prolific scorer as they did two seasons ago, but they proved on their road trips to be worthy champions.

After five years in the lower league and many intrigues, the Jos club are back in the country’s top flight, but they will have to work a lot harder to ensure they do not head back to the Nigeria National League pronto.

The striker has come into his element in the glamorous English Premier League with modest club Watford. He has netted an impressive 30 goals in this calendar year in the league, including 14 in the EPL, to emerge as the most prolific scorer in England for 2015. His goals will be crucial in Watford’s survival in the EPL. How best should the Super Eagles play this man now?