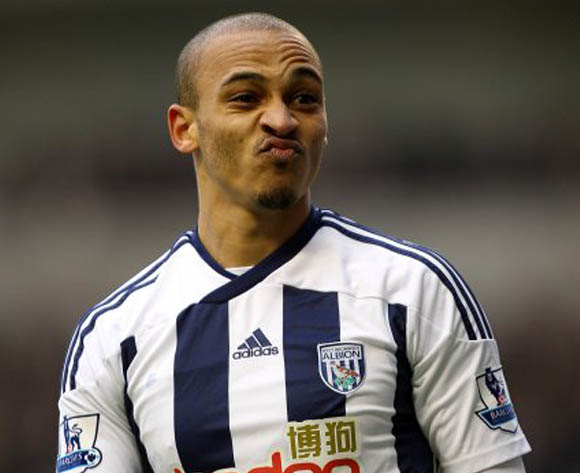 Osaze in his days at West Brom

Osaze Odemwengie has revealed he now laughs about his famous transfer deadline day debacle three years ago when he tried to force a transfer from West Brom to QPR.

It was January 31, 2013, and Osaze drove 120 miles to London from West Brom convinced he was to sign for QPR, but after waiting in the car park for four hours, there was no deal.

“I was laughing and almost crying, and in the end the move did’nt happen,” recalled the Nigeria forward.

“It was tough with the (West Brom) fans (when he returned to the team).

“I wished it didn’t happen, but that’s life.

“Now it just makes me to laugh. It makes people laugh too, and sometimes we laugh about it with the lads at Stoke City, we just have fun about it.”