Amutu: I'm not far from my Arsenal dream 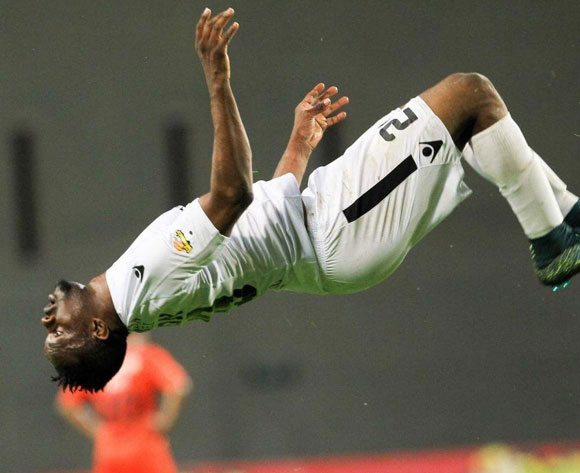 Austin Amutu has told AfricanFootball.com he believes his dream of playing for Arsenal is not far from coming true after he was recommended by Arsenal manager Arsene Wenger to French club Angers.

He also said Arsenal made enquirers my about him while he was at Warri Wolves and for Wenger to recommend him means the Frenchman is still monitoring him.

"It has been my dream to play for Arsenal, they came for my while I was at Warri Wolves and I think it was money that truncated the whole thing, by now I should be playing for Arsenal or any team in England,” he revealed.

"I am happy that a coach like Wenger has interest in me for long, still keeps his eyes on me and has not lost interest.

“I believe I am not far away from my dream of playing for Arsenal. He recommended me to Angers. The French team watched me score in Toto Cup semi-finals."

Amutu scored a brace for Hapoel Ironi Khryat Shmona to seal a place in the final of Israeli Toto Cup after they beat Dele Aiyenugba's Bnei Yehuda 3-0 on Wednesday.

It was Amutu's first official game since he signed for the Israeli club and he has dedicated the goal to his kid brother as a 'Special' Birthday gift.

"I am so delighted to score a brace that helped my team progress to the final of the cup. It was against a strong team and I give God all the glory,” he said.

"The goal is for my kid brother who celebrated his birthday on Wednesday."

The former Kelanta of Malaysia striker scored the opening goal of the game 38th minute and doubled his team's lead in the 44th minute.

Dele Aiyenugba was in goal for Bnei Yehuda.