Isaac sets his eyes on Success in Spain 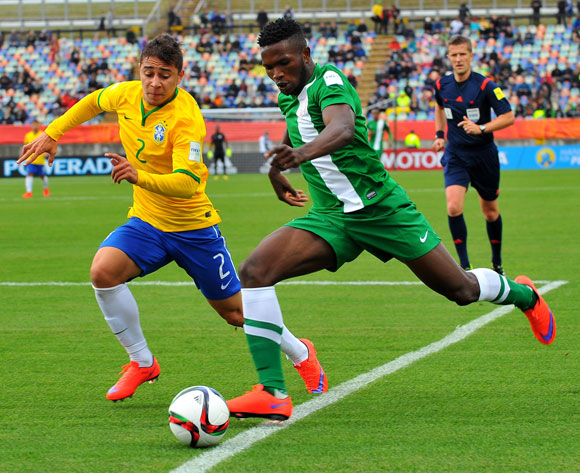 More than two years after he exploded on the international scene with the Golden Eaglets at the CAF U17 Championship in Morocco, Isaac Success is gradually working his way to the top in Spain.

The powerfully built centre-forward has stood up to be counted in the current La Liga season, netting four goals in 19 games including one of the goals in an important 2-1 win over Sevilla on Sunday.

The aptly named Success is one of the best attacking talents Nigeria have in Europe after undergoing his apprenticeship in Spain.

Success was the top scorer at the CAF U17 championship in Morocco and went to FIFA U17 as the top striker for coach Manu Garba, but after the first two games he got injured and could not feature in the competition again.

He was part of the Nigeria U20 team to the World Cup in New Zealand in 2015, when he scored two goals.

He joined La Liga side Granada in the 2013/2014 season and played for the second team where he scored three goals in five games.

He was promoted to the main team that same season due to his performance with the Granada II, but couldn't get playing time and returned to the team B for the 2014/2015 season where he scored six goals in 15 games.

Success returned to the main team same season of 2014/2015 season and played 19 games with a goal to his name.

During this season, he set a new record at Granada becoming the youngest player to make his debut at age 18 years 7 months 24 days in a 1-1 draw against Elche on 31st August, 2014, to erase a 42-year record by Santi Antonoya, who was 18 years 11 months when he made his bow.

On Saturday 19th September, 2015 Isaac Success played against Real Madrid and was a torn in the flesh of Marcelo who couldn't stop the rampaging Success.

Success was considered for the U23 AFCON before he was replaced by U17 sensation Victor Osimhen on the final squad.

He will most certainly get another chance with Dream Team VI for the Rio Olympics in August after which he will be expected to be on the Eagles radar like his U17 teammate Kelechi Iheanacho.